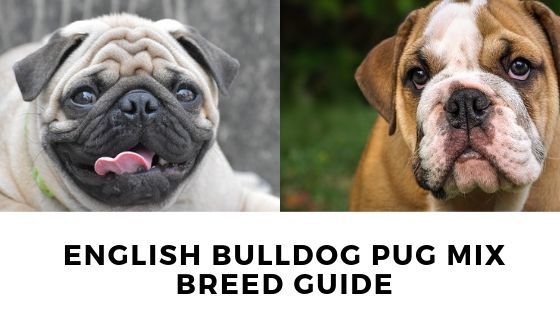 They typically weigh between 20 and 45 pounds and stand between 12 and 16 inches high. These dogs have low but powerful bodies with large heads, medium-sized muzzles, and broad shoulders. 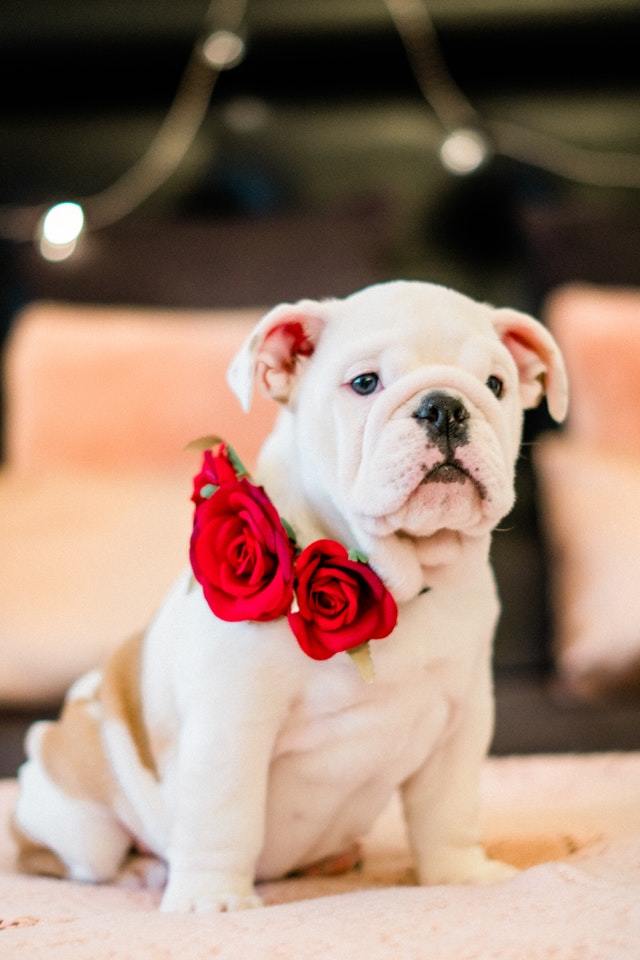 The coat is fine, short, and smooth. It comes in a variety of colors, including white, fawn, brindle, black, red, and more.

The miniature bulldog  is a “designer dog.” It’s the product of an intentional mixing of two breeds, where the goal was to obtain a cross with the physical appearance of an English bulldog and the smaller size of a pug. It is unclear when they were first bred, but they have certainly been around for many years.

According to the American Kennel Club, pugs are sometimes referred to as “Dutch bulldogs.” But while the pug and the bulldog share several physical characteristics, they’re not actually related. In fact, pugs are more closely related to the Pekingese.

Both of the parent breeds of the bull-pug are docile and calm dogs. This means that you can expect an English bulldog and pug mix to be mild-tempered and easy to train. The miniature bulldog is great for families with children, seniors, and those who live in apartments.

Miniature bulldogs are friendly, loving, and affectionate. They love being in the company of their caregivers and are patient with children.

This crossbreed has a laid-back personality and is perfectly happy to nap on the couch as you watch TV. Unlike smaller and more energetic breeds, the mix does not demand constant attention. It gets along well with other dogs and household pets.

Because the English bulldog and pug mix is a small dog, you should give it commercial dog food formulated for small breeds. This has the right amounts of proteins, carbohydrates, vitamins, and minerals to meet the higher energy levels and metabolism of small dogs.

The parent breeds are prone to certain health problems, including obesity, cancer, cardiovascular issues, epilepsy, skin conditions, allergies, nerve degeneration, and hip dysplasia. Because the miniature bulldog is short-faced like its parent breeds, it may also experience breathing problems and have trouble with physical activity in hot weather.

The average lifespan of a bull-pug is between 9 and 13 years. With proper care, they can live much longer.

The short, sleek coat of a miniature bulldog does not require much brushing. Because their skin is sensitive, you should only brush the coat of a bull-pug once a week. Use a rubber bristle brush and be gentle with your strokes.

The average litter size is four. Bull-pug puppies are tiny when born, but will quickly reach their maximum height of about 16 inches. To prevent behavioral issues, it’s important to socialize and train your miniature bulldog puppies early on.

The English bulldog-pug mix is a sought-after crossbreed. In the US, a puppy can cost between $1200 and $2500. The price may include the cost of neutering, blood tests, deworming, and shots.

The English bulldog pug mix is a lovable crossbreed that will make a patient and adoring companion and playmate. Before you acquire one of these charming dogs, do your research to make sure they are a perfect fit for you and your family.