The Boxer dog breed is indeed very versatile. Boxer dogs can even be an athletic dog, cattle dog for herding purposes, police assistant dog, war support dog, home protection dog, watchdog, body or property protection dog, and guide dog for the blind. This proves that the boxer dog breed is capable of a lot of things. However, can boxer dogs run long distances? Let’s find out in this article.

The boxer dog is classified by the American Kennel Club as a working dog. This means that they were bred to assist people with various works. The physique of the boxer makes it capable of various tasks assigned to them. Moreover, these tasks may involve the boxer’s strength, agility or endurance.

The gait of the boxer is firm, yet elastic. The boxer’s gait is probably one of the reasons why the boxer is such a versatile dog. Also, training is very important if you want to train a boxer for a specific task. During training, the boxer’s body will adapt based on the tasks given to them that might need their strength, agility or endurance. 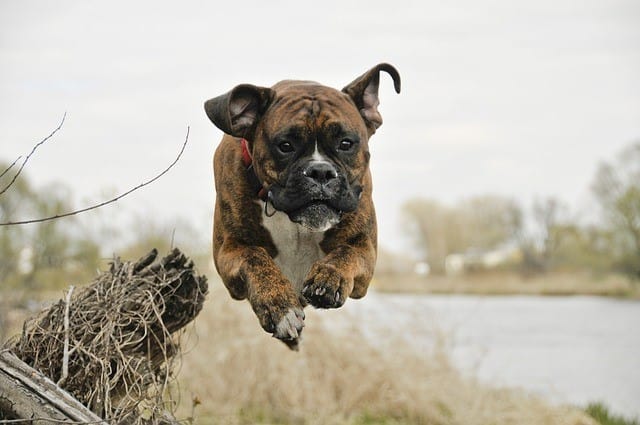 What is the Boxer dog bred for?

Nowadays, the boxer dog breed has been bred down to fit various tasks. Also, they no longer hunt down big-game. Instead, they are often found as house pets as the 11th most popular dog breed in the US. The boxer dog may have various jobs to help people and you may utilize their strength, agility or endurance for necessary tasks.

If you are an athletic person who loves taking part in marathons, then you may want to take your boxer dog with you during training so your dog is able to develop stamina enough stamina to accompany your runs. Constant training and proper nutrition may help your dog develop the endurance to keep up with you. A boxer dog might even motivate you during your workout sessions.

Normally, a healthy boxer dog may have enough stamina to accompany your long-distance runs. However, you have to make sure that your dog is properly hydrated before and after your long-distance run to prevent health problems or heat stroke, especially during hot days. Besides, you also have to watch out for signs of fatigue in your dog since it may also lead to dog foaming at the mouth.

Boxer puppies might have less stamina than adults. However, during puppyhood is the best time to begin honing your boxer’s stamina. Regular exercise is enough to build your boxer’s stamina to get it ready for long runs. However, puppies are more prone to fatigue, so it is better to have an exercise schedule for boxer puppies to prevent over fatigue. 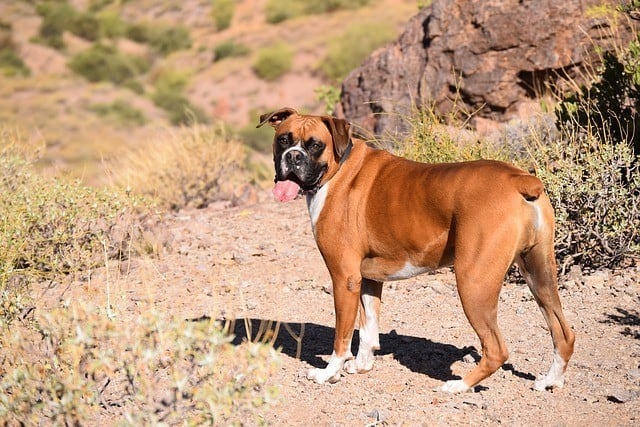 Can you train a Boxer for running long distances?

Yes, boxers are versatile working dogs that make great family companions, too. Boxers can enjoy long-distance runs once they are properly trained for it. Boxers are very loyal to their owners, but they can sometimes be stubborn when not given enough positive reinforcement to do a specific task. Socialization and proper interaction are the keys to successfully training a boxer.

The boxer is an ideal running partner for active people because they are very loyal and they have natural protective instincts that make the boxer good watch or guard dogs. Moreover, when you are running long-distances alone, you might encounter wild animals that a boxer might ward off. Also, boxers may sense danger from a distance and might help you evade it during a long-distance run if you train them properly.

How much exercise does a Boxer need?

Boxer dogs are very playful and upbeat. They really need plenty of physical activity to avoid destructive behavior with too much pent up energy. However, boxer dogs may also thrive well in apartment living when given enough toys and time for exercise. The boxer dog needs plenty of physical activity to maintain their health and avoid obesity. Here are some of the activities that you can try with your boxer:

Can boxer dogs run long distances? Yes, they definitely can! If you enjoy being active in the outdoors and you want a dog companion, the boxer might just be the right breed for you. However, you have to socialize and train them well early in life to utilize the best of their abilities.