Having a dog is a heavenly experience. You have an adorable companion who can relieve your stress. But having one is also a responsibility that not many can understand yet.

It can be tough to own specific breeds of dogs. That’s why, if you’re a new dog owner, you should get a breed that’s easier to handle. So, will that be a boxer dog or a golden retriever?

Here’s an in-depth comparison of these two breeds: boxer vs golden retriever.

These are based on the American Kennel Club’s breed popularity.

Besides ranking, the AKC also details which group these breeds belong to. This can be important as dogs of a certain group have general temperaments.

Dogs in the Working Group like the boxer are highly intelligent dogs. They’re easier to train and are alert, watchful, and strong. This is because they were bred to help men with certain jobs like pulling sleds or water rescue.

Both dogs have very distinct looks. You can see a boxer and immediately know what breed that dog is. The same goes for the golden retriever.

The boxer and the golden retriever are both medium-sized dogs. They’re around the same height and weight.

Boxer dogs have an ideal height of 23 to 25 inches and 21.5 to 23.5 inches. These are for male and female dogs, respectively. Meanwhile, their ideal weight is around 65 to 80 pounds for male dogs. Female dogs should be 15 pounds less.

Golden retrievers are a little smaller. Males should be around 22 to 24 inches while females are around 21.5 to 22.5 inches. Their ideal weight is 65 to 75 pounds for the male dogs. Their female counterparts should be around 55 to 65 pounds.

One of the things that make your dog unique is its physical features.

Boxer dogs are well-known for their blunt muzzle and slight underbite. They also have wrinkles, which are common among these types of dogs. Your boxer dog should also have a tight-fitting coat and lean muscles underneath it.

In general, boxers are muscular and squarely built. They have an air of elegance and power.

The golden retriever, on the other hand, is one of the most popular dog breeds. Even those who aren’t a fan of dogs will recognize it when they see one. They’re popular for their dense and medium-length golden fur.

A golden retriever also has a kind expression. It’s impossible not to fall in love at first sight with this dog.

The golden retrievers physique is symmetrical and has a powerful stance. They have short coupled and well-balanced bodies.

The dog’s temperament is one of the most important factors you should consider. Below are the boxer and golden retriever’s temperaments.

Due to their nature as working dogs, they’re rather alert and protective of their family. They go well with everyone and will love to bond with you. If you have smaller children, boxers are also a good fit as they’re patient and gentle.

But just ensure your kids know how to handle dogs well to avoid untoward incidents.

Boxers are also playful dogs. Playing with them can be a good source of exercise. You can bring them to a dog park for socialization and for exercising.

Lastly, your boxer dog is an amazing protector. They’re a little shy towards strangers, so you should definitely train them to be social. But this shyness helps them become perfect guard dogs as they will bark to alert you. 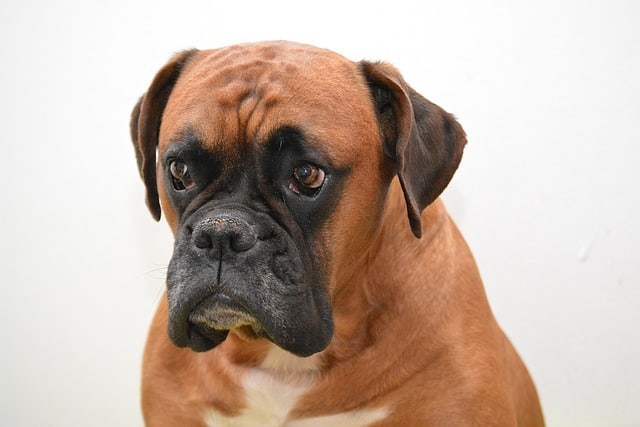 Golden retrievers are highly intelligent dogs. They learn quickly and love to be challenged mentally to keep them sharp. These dogs have an eager-to-please attitude that you can use to your advantage.

Goldies are also sociable dogs. They work well with everyone due to their even temperament. Golden retrievers can tolerate other animals, especially cats. They’re also perfect family pets as they love getting close to their families.

If you have kids, golden retrievers are also a perfect choice. They’re gentle and patient dogs who love kids. They’ll do anything to protect them from harm.

Because of their gentleness, golden retrievers are often used as guide dogs. They help guide people with disabilities, especially the blind. 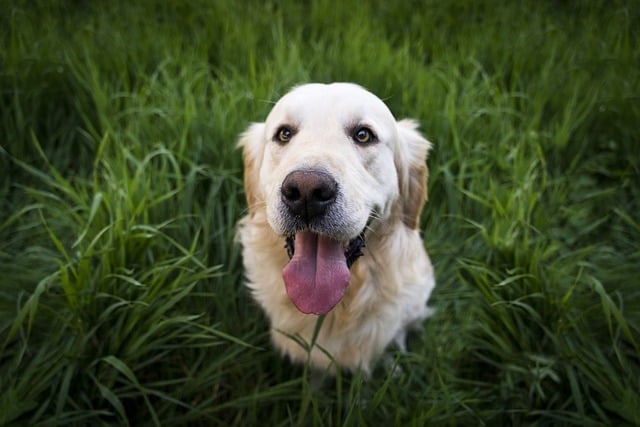 You can trust your golden more than anyone else. They’re loyal and affectionate.

The boxer vs. golden retriever comparison is a little tough as both animals are amazing dogs. But goldies tend to be a more suitable choice for new pet owners.