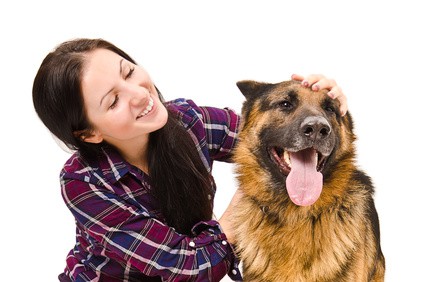 So you’re considering getting a German Shepherd. Maybe you’re attracted to the breed’s intelligence, tenacity and loyalty. Maybe you know that they’re one of the most versatile and healthy breeds out there. Or maybe you just think they’re gorgeous (because they are.)

Either way, you want some help before you make that final decision. So if you’re asking yourself ‘Should I get a German Shepherd?’ read on to find out why you should get one.

Reasons to Get a German Shepherd

Things to Know About German Shepherds

If you’re considering getting a Shepherd, one of the main concerns you should have is space.

Not only that, because they’re born to work, German Shepherds need an enormous amount of exercise. If they aren’t getting enough, then that energy is going to manifest in other ways, which probably means scratching up the floor and chewing your furniture into splinters.

If you already live a reasonably active lifestyle, then a GS could be the perfect pet. But if you prefer long, slow evenings on the couch, maybe look at a different pet. Don’t forget that German Shepherds can eat a lot of food. A lot.

German Shepherds are smart and willful. 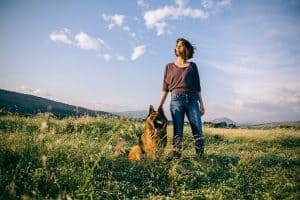 One of the main characteristics of a German Shepherd is their intelligence. As one of the most intelligent breeds of dog, a German Shepherd will respond incredibly well to training and thrive when given challenges. As an example, obedience training is something a GS will love, as well as competitions and active sports.

On top of this, you’ve got to be ready to give disciple and structure to your new dog. Shepherds can be incredibly dominant animals, especially if they’re a male, and if you’re not going to provide structure and let them understand that you’re in charge, then expect your dog to act like an angry teen and disobey everything.

German Shepherds can take some socialisation. 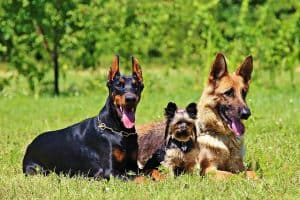 Trained properly, a German Shepherd will be soft and be caring with his family, and alert and protective if they ever come under threat, as well as accommodating and considerate to other dogs.

However, if not trained correctly, or even if they are, (consider police dogs and military animals) a Shepherd can be aggressive and incredibly protective of their owner and their space.

German Shepherds like to spend time with their families.

Some dogs are happy left alone at home all day. But the combination of constant activity, intelligence and the close bond they form with their families mean that GS dogs aren’t happy to be left alone all day, and can even develop separation anxiety.

They might not be the right choice if you and your partner work, but if you can spend time with them, there might not be a better pet.

German Shepherds can be quite mouthy.

Maybe it’s the military heritage, but German Shepherds, especially pups, can be prone to nipping and biting.

Trained properly, this will soon stop, but it’s something you’re probably going to have to deal with, for a short while.

Should I Get a German Shepherd?

While they can be a lot of work, and take a bit more training than some other breeds when treated with love and care there is probably no better breed of dog for active families who can give a German Shepherd what they need. So if you’ve been asking yourself ‘Should I get a German Shepherd?’ and everything in this list has you nodding along, the answer is probably yes.