At some point in a dog lover’s life, there is a high chance that he once dreamed of owning a Golden Retriever.  With its long, golden fur and gentle temperament, this majestic breed can easily become one’s dream dog. But dreams do seem to come true, and more, as Goldendoodles that look like Golden Retrievers came to life.

The mixing of two superior breeds, the Golden Retriever and the Poodle, has brought about an adorable domestic pet. Owning one is like having the best of both worlds, as both breeds have such great charms and personalities! 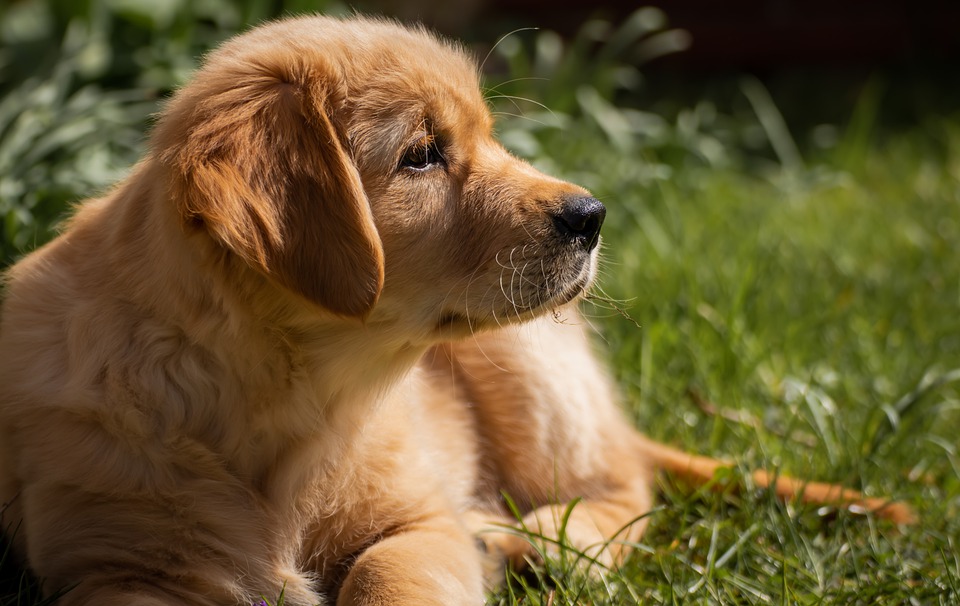 Why Do Goldendoodles That Look Like Golden Retrievers Occur?

As others call it, the Goldendoodle is a “designer dog”. Just like other “designer dogs”, it’s not a breed of its own. These adorable pups are results of the mix between the standard poodle and golden retriever. These adorable cross-breeds caught the attention of dog lovers and enthusiasts, and had become so popular that an association was raised and dedicated for them!

Much like other dogs that have poked the hearts of many, this breed has its own qualities that make it unique and irresistible. If you are thinking about getting a Goldendoodle for yourself or your family, then here are some interesting facts you should know.

The Goldendoodle is known as one of the newest “Doodle” or Poodle mix breeds, next to the Cockapoo and the Labradoodle. Some breeders are convinced that this mix is developed to create a larger Doodle that inherited the Poodle’s low-maintenance coat and possessed the intelligence of the Golden Retriever.

Its breeding began in the 90’s, and had since been increasingly popular, especially in Australia. Because it’s a relatively young breed, its popularity is still on the rise. Many believe, however, that its regard will surpass that of other doodle mixes.

A Goldendoodle has a “golden personality”.

Perhaps taking after its parent breeds, this dog breed is sociable, affectionate, friendly, and reliably bright. Poodles and Golden Retrievers are breeds which are well-established when it comes to temperament and personality, so there is a lower chance that this breed may become ill-tempered and aggressive.

Goldendoodles are also usually recommended as therapy and service dogs. This is because they are truly sociable and highly-interactive even in the company of the people they don’t know. They really have ”golden” traits and personality, and are very smart like their ancestors.

Because of being too friendly and cheerful, it is best for them to socialize with other people and dogs to help them understand the proper behavior when they are outside.

They tend to be very clingy.

Goldendoodles have long been known as the friendly types. It doesn’t matter where they are or who they are with, they are easily affectionate and outgoing. This makes them an ideal choice for a family dog.

These breeds are very sociable– so sociable that they tend to crumble if not given enough time and attention. When this happens, there is a possibility for them to develop behavioral problems that might affect the way they interact with people.

Goldendoodles are such an active and playful bunch, which makes them perfect for athletic activities such as fetch-and-retrieve, hide-and-seek, and other outdoor doggie sports. Although its ancestors, the Golden Retriever, and the Poodle, were bred as hunting dogs, it’s definitely the contrary in a Goldendoodle’s case.

Moreover, these adorable balls of fur are instinctively attracted to water and enjoy swimming. They can also benefit from daily walks. Activities such as running, swimming, and the like, will definitely help in keeping a Goldendoodle physically fit.

Goldendoodles are easy to train.

Similar to their ancestors, Goldendoodles are smart and very trainable. They are eager to learn and respond best to positive reinforcements (like treats), and gentleness. Harsh and violent corrections would most likely not work on them, just as it doesn’t work on other dogs in general.

Although this adorable breed is sociable by nature, it is still essential to train them and get them used to their surroundings during their early puppy days and should be maintained throughout its life. Always remember that a happy and well-trained Goldendoodle makes a great and wonderful companion.

Getting a Goldendoodle as Your Family Pet

Over the years, it has been proven that owning a pet influences the way a family interacts with each other. Pets are considered as part of the household, and definitely add color to their lives. Goldendoodles, being the endearing and social creatures that they are, would definitely be an impeccable companion in keeping a family harmonious.

A celebrity does not get popular for a lack of good reason. The same thing goes for these adorable pets. There’s more to Goldendoodles that look like Golden Retrievers; their personalities are just too hard to resist!