What do you get when you mix a Labrador retriever and a golden retriever? A devoted charmer with an adorable face, keen intelligence, and steady temperament.

Though the Goldador has only been around for about a decade, it has already become popular for its high trainability, work ethic, and approachability. Let’s take a closer look at this wonderful hybrid. 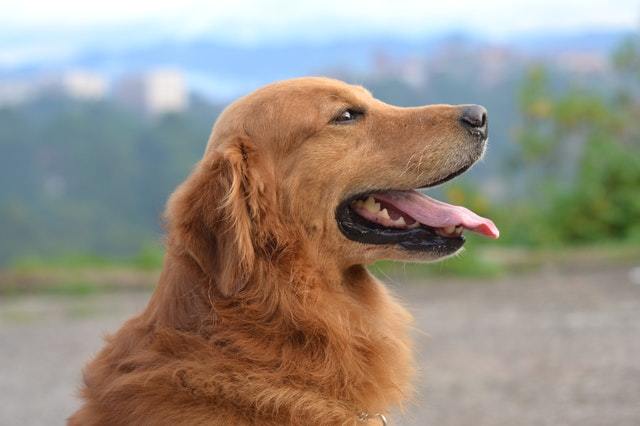 The Goldador is a medium- to large-sized dog with an athletic build, broad head, pronounced eyebrows, strong jaw, and a water-resistant coat. They measure about 50 to 60 cm in height and weigh between 60 and 80 pounds.

The Lab and the golden retriever are both gun dogs. This is a type of hunting dog that was developed to retrieve game for hunters. As such, these dogs are trained to be patient, obedient, and to have a “soft mouth,” which means that they can carry birds in their mouths without biting into and crushing them.

While the Lab and the golden are purebreds, the Goldador is what is called a “designer dog.” Designer dogs are created by breeders from two existing purebred dogs. Breeders developed the Goldador about a decade ago with the goal of producing a patient and sensitive working dog.

Both the golden retriever and the Labrador retriever are famous for being easy to train. These breeds are smart, alert, and docile. They are eager to please and will work hard to earn praise or treats.

Given that the parent breeds are highly trainable, it’s no surprise that the golden retriever Lab mix is also a joy to train. Like the golden and the Lab, the Goldador also has a willingness to learn and follow orders. This makes them ideal candidates for training to be a bomb or drug-detection dogs, mobility assistance dogs, search-and-rescue dogs, and therapy dogs.

The Lab golden retriever mix is sociable, kind, and easygoing. They are affectionate and devoted to their owners. But they’re also too trusting and friendly to just about anyone, which makes them poor guard dogs.

Goldadors are not territorial. Unless provoked, they are neither mean nor aggressive. Even when they are approached by strangers or are being poked by small children, they usually stay calm and stoic. They are well-mannered and gentle with kids, which makes them excellent family dogs.

Because the Goldador is highly active, it does best in a country or suburban home with lots of space to run around in. But these dogs can easily adapt to any environment, which means they’ll do fine in a city apartment as long as you provide sufficient exercise and playtime.

Like its parent breeds, Goldadors love to eat and are prone to becoming overweight. They need to eat about four cups of high quality, protein-based dog food a day. Try to not give them food between meals, except for the occasional reward for good behavior, to keep their weight in check.

Goldadors have an average life expectancy of 10 to 15 years. Because both the golden retriever and the Labrador retriever are prone to certain health issues, you can expect the Goldador to inherit those conditions as well.

According to the Golden Retriever Club of America, cancer is the biggest killer of goldens. Approximately 60% of all golden retrievers die because of this disease. Cancer is also common in Labs, so you can expect Goldadors to be prone to the disease as well.

Goldadors may also suffer from diabetes, cataracts, hip and elbow dysplasia, knee problems, heart disease, and obesity. Deafness and autoimmune diseases are also a concern but are not too common in this designer dog breed.

To stay in the peak of health, Goldadors need plenty of exercise. These dogs should have at least an hour of physical activity every day. Whether it’s a walk in the park, a game of fetch, a hike, or a dip in the pool, these dogs are up for any activity.

To keep the Goldador’s coat nice and shiny, give his coat a thorough brushing a couple of times a week. Regular brushing reduces the amount of hair shed by the dog and helps prevent bald patches. Goldadors only need occasional baths unless they get into a sticky mess.

Make sure your Goldador’s nails are trimmed. If you can hear his nails clicking on the floor, they’re overgrown and may start cracking. Clean his ears regularly to prevent infections. 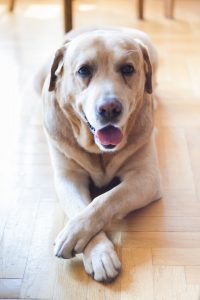 Goldador puppies are expensive. Some of these designer dogs can cost up to $4,500 each, especially if the parents are purebred dogs registered with the American Kennel Club. “Pet quality” Goldadors usually cost about $600 each.

The American Kennel Club does not recognize the Lab golden retriever mix as an official breed. However, it is registered with the Canine Hybrid Club, International Designer Canine Registry, Designer Dogs Kennel Club, and Designer Breed Registry.

We love the Golden Retriever Labrador mix. Do you? Let us know in the comments.