The English bulldog Chihuahua mix, for one, may fall on the more uncommon types. They are also called bullhuahuas. While not rare, they aren’t as famous as Goldendoodles or pomskies.

That said, if you’re trying to get a bullhuahua, it’s best to know more about it. This article is your ultimate guide to this crossbreed.

Predicting the appearance of a hybrid dog is nearly impossible. You can’t be entirely sure of what they’ll look like until they’re born. What’s hard to know is their specific features.

Will they have the wrinkly bulldog face? Or will they get the apple dome head of a Chihuahua? But they do have a general size and coat type.

The English bulldog Chihuahua mix is normally a small to medium-sized dog. This doggo is bigger than Chihuahuas but smaller than bulldogs.

On average, a bullhuahua has a height of nine to 12 inches. Their ideal weight is around 20 to 30 pounds. With that said, their physique is commonly more like a bulldog’s than a frail Chihuahua.

The coat of your dog can be affected by what type of Chihuahua it has as a parent. There are long-haired and short-haired Chihuahuas. If the parent is a long-haired type, your bullhuahua pup may have a longer coat.

But if the parent is a short-haired dog, your pup will have a short and straight coat too.

Designer dogs are rather new to the scene. They have been around for only 30 years or so. That’s why it’s hard to know why and where bullhuahuas were first bred.

But here are the origins of both the English bulldog and the Chihuahua. 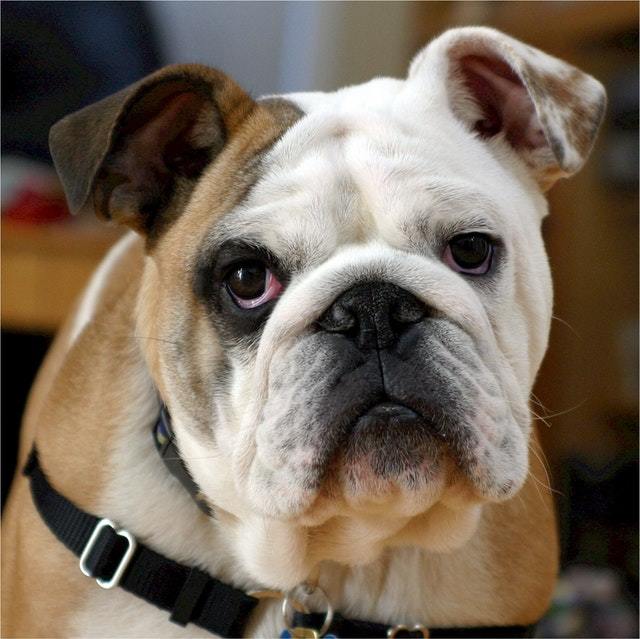 Bulldogs have been around since the 13th century. They were used for bull-baiting which was a form of bloodsport. When it was banned, fans of the bullies transformed the breed.

From brawler, breeders began transforming them to the perfect companion. They toned down the physique of the dog. Their ferociousness was turned into mellowness. These dogs became a family favorite because of their friendly disposition towards children.

English bulldogs were soon recognized by the American Kennel Club in 1886. 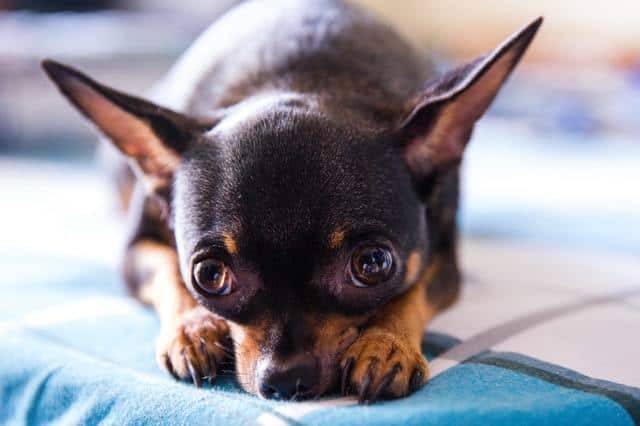 Modern-day Chihuahuas were descendants of the surviving Techichi dogs. These dogs weren’t bred in Chihuahua, Mexico. They were only found in the area after years of long-thought extinction.

The Techichi dogs were dogs of the Aztecs. But after their fall, many believed the dogs were forever lost with them. Americans found the specimen in the State of Chihuahua, thus the name.

English bullies are fairly smart dogs. Chihuahuas are often smarter. So, training will be easy with your bullhuahua, right?

Unfortunately, that may not always be the case. There are dog owners that find it easy to train their bullhuahua pups. But many find it hard, especially when both its parents are known to be strong-willed.

Their stubbornness can pass down to their pups. You need to be more patient towards them. Positive reinforcement can help as well as assuming the role of the alpha.

Despite their stubbornness, never punish your dog.

Bullhuahuas will need around 30 minutes of exercise. They won’t need much, but they aren’t lazy either. Ensure they get ample daily exercise.

Additionally, keep their minds sharp as well. Mental stimulation will help. Give them dog-friendly puzzles that they can play with.

Temperament is another thing that’s hard to predict once you have a designer dog. Each dog is different, and one may be more like an English bulldog or vice versa. You’ll never truly know their temperament until they grow up.

But bullhuahuas tend to be fearless like a Chihuahua. They’re also sweet and affectionate like bullies. They may be courageous dogs, but they’re sensitive to their surroundings.

An English bulldog and Chihuahua mix dog is people-oriented. They’re a perfect fit for families. You can ensure they will protect the family, especially young children.

But while they’re almost perfect, they do have some issues. Firstly, they can get extremely attached to the family. This may cause separation anxiety, which is bad if you leave them even for an hour.

Additionally, they may inherit the mouthy attitude of bulldogs. Ensure they are trained to stop chewing and biting or it can be destructive and dangerous.

Also, train them to be more social to avoid unruly behaviors and dog aggression.

All dogs are prone to obesity. That’s why you should always check your dog’s weight and what they eat. Adult bullhuahua dogs will only need one to two cups of dog food a day.

You can ask the vet for the best feeding plan for them. But normally, you can split a cup of high-quality dog food to two meals daily. Get a protein-rich food and make sure the number one ingredient is the source.

Apart from food, ensure your dog has access to clean water always.

Bullhuahua dogs can live from 11 to 14 years on average.

Contrary to popular belief, designer dogs aren’t healthier. They are more prone to diseases. If any of the parents have a health problem, the pups will inherit it.

That said, knowing about the common health concerns that affect these dogs will help pet owners like you. These are the following:

Schedule regular visits to the vet for their checkup. They should be checked every now and then for possible health problems. Early diagnosis can help cure the problem.

Bullhuahua dogs are moderate shedders. They may need brushing on the daily to help tame the shedding. But due to their short coats, they won’t need much maintenance.

Moreover, brush their teeth daily to avoid dental problems. Bathe them when necessary, and clean their ears to avoid infection. If they have wrinkly faces, ensure the folds are clean as well.

Standard Chihuahuas can give birth to two to five pups. Teacup Chihuahuas normally have one to three pups only. Meanwhile, English bulldogs have an average of seven pups.

The average price for a bullhuahua is $450. But the price can go higher depending on the breeder. More reputable ones tend to charge more.

Besides the initial cost, you also have to spend around $1000 to $1500 every year. These are for the medical and nonmedical needs of your dog.

You can visit the local shelter to see if they have a bullhuahua. Besides being free of charge, you can also help save a life.

No major kennel clubs recognize the bullhuahua because it is a designer dog. But it is recognized by the Dog Registry of America.

The English bulldog Chihuahua mix is an adorable choice for the family. They work well with every member and are very affectionate. But do remember that getting a dog is a responsibility and a privilege.