You’ve made up your mind. You’ve got your heart set on an adorable Chihuahua. But now you’ve got to make the last important decision. Do you get a boy or a girl? 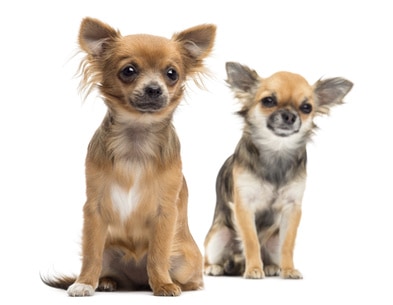 See, unlike a lot of breeds, there’s actually a pretty big difference when you’re talking about the difference in Chihuahua temperament male vs female.  So knowing what you’re getting, especially with such a characterful and strong-willed breed, is essential.

While it’s true that all dogs have individual personalities, there are definite trends in how they act. So, let’s learn what the differences between male and female chihuahua temperaments are. 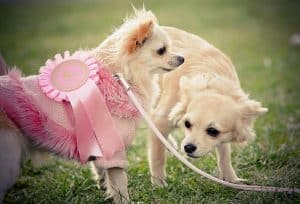 Strangely enough, male chihuahuas tend to be more loyal and affectionate than females. If asked, I’m sure most people would say it was the other way around. So, if you’re looking for a dog that’s going to lavish you with attention and constantly follow you around the house, maybe consider a male.

However, just because they’re more loyal and loving doesn’t mean there aren’t things you need to know about male Chihuahuas. Things like:

A male is more likely to challenge your leadership, including ignoring commands, getting more aggressive when you go near ‘his things’ like toys or his bed, and just a general lack of respect.

It’s a fact of life when you own a dog. Sometimes they like to ‘mark’ their territory, or spray a tiny bit of pee against things, for the uninitiated. This is far more common with the unspayed male Chihuahua.

Whilst it’s not just males that hump, and even though it’s not only a sexual thing, male Chihuahuas will hump things a lot more than females.

Female dogs in heat can be picked up by other dogs from up to 3 miles away. That means most of the time you won’t even realize why your dog is getting antsy.

If you have a male then when he comes of age, (around 6 months old) expect him to react like this. If there are any female dogs in the area, expect him to know.

Conversely,female Chihuahuas are a lot calmer than males, and they’re more likely to relax and take it easy, especially around their owners. So, if you’re interested in a little lap dog that you can take everywhere with you, you’re going to want a female.

The fact that they’re calmer also makes females better in apartments and smaller houses because they’re less likely to get irritated about being cooped up inside with you.

There’s one major thing to think about when deciding whether to get a female Chihuahua.

Pretty much every breed of dog shows mood swings. This is especially true when females go into heat. With female Chihuahuas, there’s less to worry about than there is with big dogs, but it can drastically change the mood of your dog.

It’s just something to bear in mind. Even the most gentle, well behaved, and a tolerant dog can get edgy and irritable when they go into heat.

General Factors That Affect the Temperament of a Chihuahua

There are a few things to consider about general temperament of a Chihuahua, too. Most of these things are concerned with the way the dog is raised, rather than anything gender based. However, it’s still an important consideration, especially if you’re worried about the temperament of your dog.

How a puppy is socialized and handled in the first few weeks of their life can make a big difference in how they grow up.

While genetics aren’t the be all and end all of a dog’s personality, it is a deciding factor. After all, that’s why certain breeds have reputations for aggression. Because there’s potential for aggression there.

How a Dog is Treated

How to choose a gender for your Chihuahua

When you make the jump and decide to bring a Chihuahua into your home, remember that most of the above issues can be fixed by choosing to neuter or spay your dog.
At the end of the day, any dog, whether male or female, can be a fantastic addition to your family, and you shouldn’t worry about whether the choice of sex is going to make a major difference with you and your dog. The only exception to this is when you already have a dog and you’re making the choice to get a second one.

Choosing a sex when introducing a second dog to the home 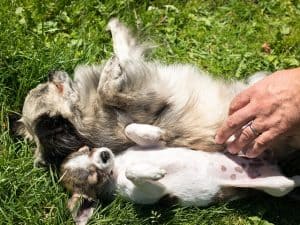 If you already have one dog, then choosing a sex for the second dog can be a little more complicated. There are points to consider about whether to go for two dogs of the same sex or go for different sexes.

Having two dogs of the same sex can cause dominance problems, which can lead to your dogs not getting along, and possibly even fighting. However, if there is a large age difference between the dogs, the older ones will almost always be more dominant.

Choosing instead to have two dogs of different sexes can cause issues when the female comes into heat if you choose to leave them unneutered or unspayed.

The best judge for how to proceed is to think back to your dog’s previous experiences with other dogs. Do they seem to have a problem with males or females in particular? Have they been aggressive in the past?

Chihuahuas generally get along with other dogs and aren’t known for causing problems. So honestly, this isn’t a major consideration, but it’s definitely something that you should think about.

When you’re choosing a Chihuahua, the main thing that matters is lavishing them with love and affection. Chihuahuas are a beautiful breed and can make a fantastic addition to any family. When it comes to Chihuahua temperament male vs female can make a difference, but how you treat your dog is always the deciding factor.

11 thoughts on “Chihuahua Temperament Male vs Female (and More)”