For many people, cats and dogs will always be on the separate ends of the spectrum. They’re always portrayed as arch enemies. But that isn’t always the case when it comes to the dachshund.

Dachshunds are best known for their low and long bodies. They even got the nickname “wiener dogs” because of their resemblance to hotdogs. These dogs are popular all around the world, especially with animal lovers.

But will their spunky and curious attitude work well with cats? Can these animals live in harmony together?

Before anything else, let’s dive into the dachshund’s personality. Know the breed’s temperament then you’ll be able to have a fair judgment of whether they can get along with cats.

According to the American Kennel Club, the dachshund is friendly, curious, and spunky.

Dachshunds are known to be friendly little dogs. That doesn’t only mean they can get along with strangers, that may mean other animals too.

Dachshunds can be good watchdogs as they can alarm their owners when there’s a threat. Their early work as badger dispatchers also makes them brave and strong. But despite their bold personality, they’re friendly dogs too.

You won’t have any trouble socializing them with other dogs. They’re even good with kids and some strangers.

What about cats? Are dachshunds good with cats?

In general, dachshunds are friendly towards cats. They’ll tolerate living with them in the same house. They may even become best friends if they grew up together.

But not all dachshunds are the same, and that’s what you have to remember. Most weenies may be trained to socialize with cats. Yet there are also some dogs that would love to chase them away.

These dogs may be a little more curious and spunky than other dachshunds. They see cats as interesting species and will chase them to get to know them more. Your dog may not necessarily be aggressive towards them.

But your cat may not be a fan of the chasing and the sniffing. After all, cats are independent creatures and love to be left alone.

If your cat gets stressed and scratches your dog, the other might retaliate.

It’s best to get a pup and a kitten around the same time. This gives them more time to socialize and be more familiar with each other. Getting a cat when your dachshund is already an adult may be troublesome.

It would be harder to train both adult cat and dog. Plus, their instinct to chase and hunt smaller animals may overwhelm them. 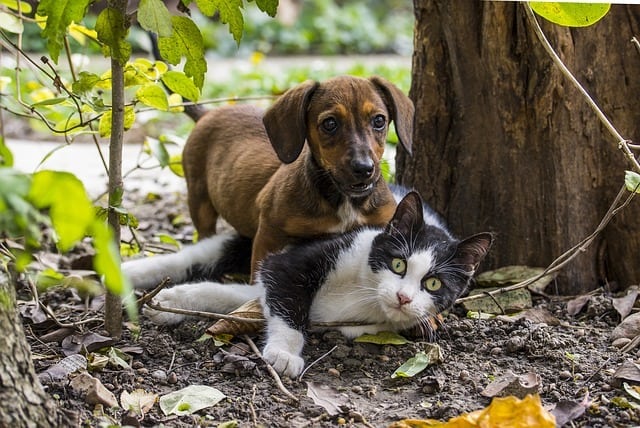 How to Train Your Dachshund

If you wish to have a cat and already have a dachshund or vice versa, it’s better to train your dog.

Cats typically don’t care. As long as they feel safe, fed, and has enough space, they’ll mind their own business. But dogs, especially dachshunds, are more curious.

They’re more protective of their space and their families. That’s why they need to train how to be social. It can erase any aggressiveness and unruly behavior they might have.

The introduction phase is the most vital of all. Even as pups and kittens, you have to take it slowly. Don’t just throw them in the same room together, or else, it will be a disaster.

Before the meeting, ensure the environment is calm and relaxing. Ensure that both animals are relaxed to avoid tension in the air. They should also have escape routes if they wish to flee.

Crate training will also play a huge role in this. It’s better to keep your dog in a crate during the first meeting. Measure their reaction, and slowly take it from there.

If your dog shows any sign of aggression, keep the cat away and try the next day. Repeat the process until your dachshund gets familiar with the cat. Once they stop reacting, let them out of the crate.

Supervise the whole meeting. It’s best that the introduction is peaceful for both animals.

Association is the best way to train your cat and dog. Every time they are in the same room, give them treats. They will associate the scent of the other with rewards. Therefore, they will look forward to every meeting.

If your cat and dog already know how to live together, it’s your duty to love them as equals. Both animals can feel jealous if you spend more time with the other. This may cause tension between the two, and they might fight.

If you already have a cat or a dog, don’t leave them out. Give them the same attention you did before the newcomer arrived. 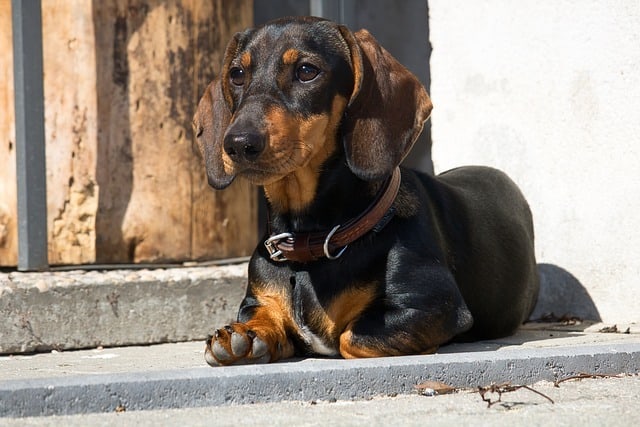 It is entirely possible for a cat and dog to live together peacefully. In fact, there are many cases wherein these opposite creatures became best friends. It’s all about training and socializing them.

Your dachshund can become a good companion for your cat and vice versa. But remember that each dog is different from the other. Get to know your dog first before putting them in this type of situation.

1 thought on “Are Dachshunds Good with Cats?”