In the US, the boxer dog is the 11th most popular dog breed out of the 193 recognized breeds in the American Kennel Club. Moreover, the boxer is really a very versatile and adaptable breed which makes it ideal for any home. But, are boxer dogs smart? Is their intelligence one of the reasons behind the boxer’s popularity? Let’s find out in this article.

Yes, boxer dogs are very smart. Besides, their intelligence and eagerness to please their owners are some of their best traits. The boxer is very outgoing and they are game for various challenges. Also, they are very curious and willing to try new things. This might be the reason why the boxer dog is one of the most popular dog breeds in the US.

The boxer dog is the 48th among the most intelligent dogs. However, this isn’t really a bad ranking at all. This means that the boxer dog is capable of understanding and executing various commands. Moreover, the boxer has various innate instincts that they can utilize during training. They were bred for various tasks that even their ancestors were able to execute back then.

Boxer dogs are smart in their own way. Their versatility is unmatched by any other working or herding dog. Moreover, they can easily recognize friends from a foe that they can even befriend cats. Also, the boxer dog is a very adaptable breed that is capable of learning various tasks based on the demands of their owners and their environment.

The boxer dog needs to learn basic tasks and obedience early in life. This can make things easier for you once you train your boxer for the specific task that you want it to do. Besides, the boxer is courageous and very active. They would do anything to make their owners happy. Also, they are very loyal and they would protect their owners with their lives.

The intelligence of a dog is not only measured by what they can understand, but also what they are willing to do. Not all dogs are willing to execute the commands that they are told and some breeds are well-known to have a stubborn streak. But, the boxer greatly differs, because the boxer would do anything to please its assertive owner during training. 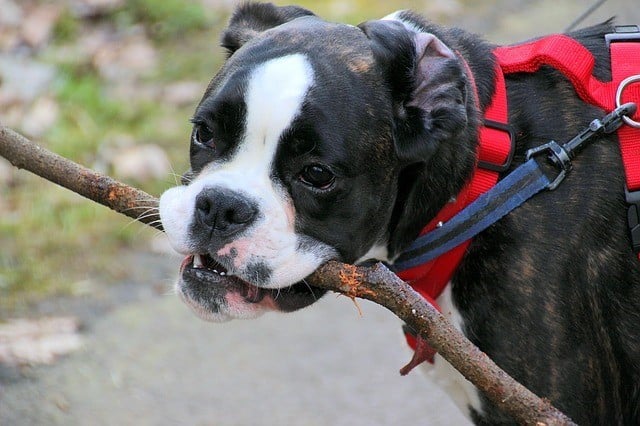 Boxer dogs are somewhat intelligent even though they didn’t land in the top 10 most intelligent dogs. However, their eagerness to please is another story. Generally, boxers are easy to train because they love their owners so much that they are willing to do anything to make their owners happy once they have bonded well.

The loyalty of the boxer dog also contributes to their trainability. Besides, this breed is very curious and outgoing that whatever task or item you introduce to them, they’ll check it out and do what they should do during training. Also, if you began obedience training during the boxer’s puppyhood, they are more likely to follow various commands.

If you are having difficulty training your boxer even while being calm and assertive, do not resort to physical punishment, since your boxer would not appreciate that and it might backfire at you really badly. Instead, you can try dog training collar to reinforce training sessions. Also, remember that during training, focus and consistency are necessary.

Boxer dogs are very versatile and highly adaptable. Moreover, unlike other large dog breeds, boxers are capable of living in an apartment. The boxer’s adaptability may also be attributed to their intelligence as they are able to think of cope up with various living conditions.

The boxer dog can also have farm tasks and they can perform well in herding animals if given a chance. Besides, as a family dog, the boxer can also be given jobs that they can do. However, if not given much space to run the boxer may enjoy its time playing with its favorite toys in an apartment.

Exercise is necessary for the boxer to release pent up energy. Also, you may provide interesting toys for the boxer if you plan to leave them alone for a long time. If you prevent boredom in a boxer, you may actually avoid destructive behavior when you leave home alone.

The boxer is a superior guard and watchdog. However, despite being superb protectors, the boxer enjoys company and affection from their family. Once the boxer recognizes their family and friends, then they might become protective towards them. If they perceive something as a threat, the boxer’s protective instincts might kick in and may lead them to attack a person that they perceive a threat.

These protective instincts of the boxer may be utilized for various protection tasks. However, if you do not want the overprotective behavior in a family dog, you may want to address it with consistency until the unwanted behavior is eliminated. 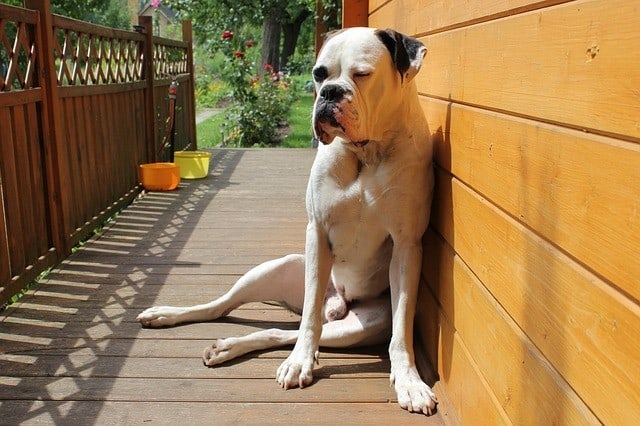 How to Prevent Boxer Dog Aggression?

Any dog can be aggressive if not trained or socialized properly. Moreover, the boxer dog is not an exception to that rule. The boxer needs proper exercise and socialization to be well-mannered. These are some important steps to follow to avoid aggressive behavior in boxer dogs:

Are boxer dogs smart? Definitely yes, boxer dogs are smart, loyal, and protective. This combination of traits is probably why they are one of the most popular dog breeds in the US. Moreover, if you want a versatile family dog that is also protective of you, then you can trust the boxer dog for the task, once it is trained properly.