A bulldog puppy bites the parent or other dogs in the house because he does not yet understand the rules to be followed when interacting with humans or other pets. Chances are that he has not accepted his position in your home. If you’re asking, when will my English Bulldog puppy stop biting, it all depends on you.

Your bulldog puppy may seem aggressive, but in the real sense, he is not being an aggressive young dog.

At this age, your bulldog puppy is simply an obnoxious young dog desperately in need of training. Your bulldog puppy will chew and bite anything he is interested in. This is how puppies get to understand the world around them.

If you are wondering when your bulldog will stop biting, here are a few things you can do to help him stop.

Bite inhibition refers to when a puppy is able to control the frequency and the hardness of a bite. Perhaps the easiest way to teach your puppy bite inhibition is to allow him to interact with siblings. 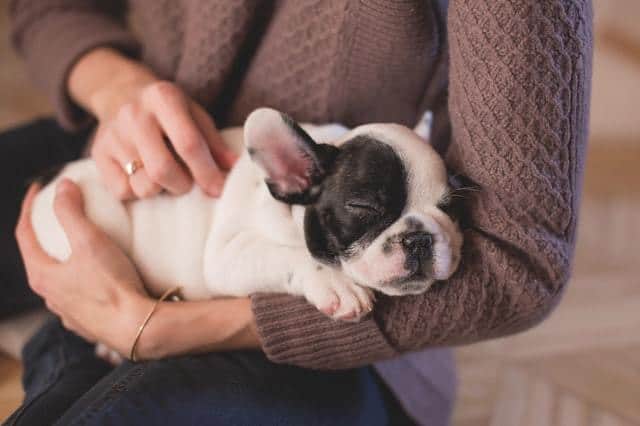 During play, if one puppy bites the other, the one who was bitten will walk yelp and end the play. That way, your puppy will learn that biting will spoil the fun.

In addition, when his playmates bite him, he also gets to learn that nipping hurts. After all, Bulldog puppy teeth can be sharp. This discovery will teach your puppy to stop biting or to bite with moderation. Later on, he will stop completely.

This is why it is advisable to adopt a dog after 8 weeks, since they have spent enough time with their litter to know basic socialization.

If Teething Causes Him to Bite, Provide Teething Toys

Puppies tend to mouth almost anything they come across because that is how they learn new things. Additionally, young pups also experience teething. This is when the gums begin to hurt. 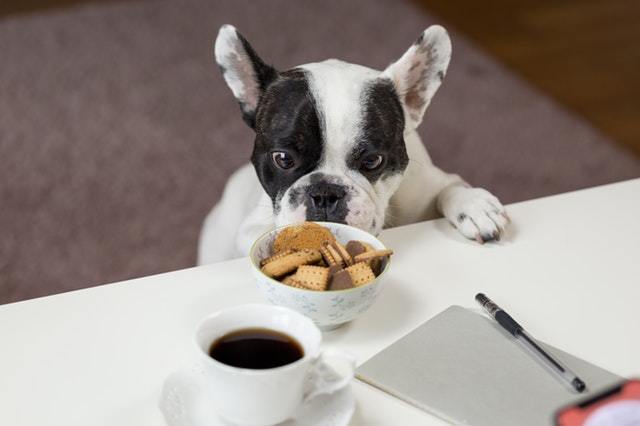 Pups are often born without teeth. Their teeth show up at 2 to 8 weeks, while their adult teeth show up at 4 to 7 months. So, during teething, they may want to chew on things to ease their pain.

In that case, offer your Bulldog puppy suitable toys. They can include puzzle toys filled with delicious treats such as peanut butter. Once he has a toy to play with and chew on, he will be less interested in biting you or his siblings. You will be well on your way to ending all the biting you have had to deal with.

Be sure to carry biting toys with you everywhere so that they are always available during playtime when your bulldog puppy is restless.

He Will Stop if You Discourage Biting When It Occurs

Puppies tend to be energetic, which is why they love exploring their surroundings. They do bite sometimes when playing. If your puppy bites you, use phrases such as “ouch” loudly but firmly. Do not make any sudden movements because the puppy will think it’s a game of “catch me.”

The same way they learn from playtime with their siblings, they also learn from your reaction. He will soon learn that biting you causes playtime to come to stop. In addition, he will understand that you do not like it when he bites you.

Allow your Bulldog puppy to remain seated before you continue with playtime. Each time your puppy bites, repeat the same reaction until he no longer bites. Briefly ending playtime is one sure way to ensure that he stops any unwanted behavior such as biting because he will want to continue interacting with everyone. Bulldogs are known to be loyal and loving to their human parents.

If your Bulldog puppy likes to chew on bedding or shoes, a bitter spray will stop this behavior. You can easily find such a spray at your local pet store. This spray is unpleasant to the taste but will not cause harm to your bulldog puppy.

Supervise Your Bulldog Puppy Around Other Pets and People

Biting will only come to an end if you apply measures such as supervising your pet when around other pets. Although your pup may learn not to bite you, there is no guarantee he will remain well behaved around other pets. Biting is unacceptable behavior and socialization makes a lot of sense because it will help your puppy behave around other animals.

With good supervision every time, you will keep an eye on everything your puppy does when with other pets. Supervision allows you to discourage your pet from biting cats and other dogs.

Try to keep all interaction positive. Do not allow his favorite toys around the areas he is playing with other pets. He might become jealous when he sees other plays with his toys.

When other people visit or spend time with your puppy, let them know the rules so they can react properly in the face of puppy biting.

Bulldog puppies are cute little pets. We feel the same way even when they chew, nibble or bite. However, if you allow him to bite others all the time, it might become a habit that he will carry into adulthood. This behavior needs to be checked while your pet is still young. If you are a pet parent who is wondering, when will my English bulldog puppy stop biting, the best thing to do is use the tips we have listed so that biting can end as soon as possible.