Spaying for females and neutering for males are forms of population control for canines and felines. Every dog owner should think about having their male dogs neutered when they can because it helps to control canine overpopulation, and reduce the incidences of unwanted puppies that end up in shelters. So, here’s a question to ponder: Exactly when is it too late to neuter a dog? 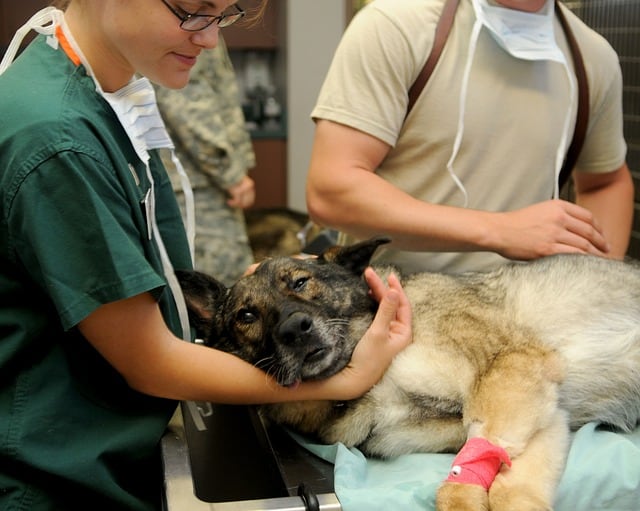 Dog Time describes neutering as a procedure that eliminates the capability of the male dog to breed or procreate.

It is a surgical procedure that can only be performed by a veterinarian in a fully-equipped clinic. After administering anesthesia to numb the dog, the veterinarian will work to remove the testicles.

Using a scalpel, the veterinarian incises the front part of the scrotum. With the testicles exposed, the veterinarian then severs the stalks of the “balls” so they can be extracted. The incision is then closed with stitches, and then the dog can be sent home.

You could say that this is the canine version of a human vasectomy. For some pet owners, however, this is a procedure that they tend to disregard despite its apparent importance.

Why Bother Neutering Your Dog?

There are specific advantages that you and your furry companion can enjoy out of having him neutered. These advantages include:

The Humane Society of Charlotte states that, with the removal of the capability and the urge to breed, male dogs are less aggressive and territorial towards other males. This is compounded by retaining their affection and loyalty towards their owners.

Because they lose the instinct to mate, territorial behaviors like marking lamp posts and corners with their urine will disappear. Your male dog will be calm and content, and will most likely disregard attractive females during your walks, in addition to not engaging other male dogs in combat.

The male dogs that are neutered have a lesser risk of developing prostate cancer and other related diseases. Also, their risk for testicular cancer is virtually zero because they no longer have testicles.

You no longer have to worry about your male dog wandering out of your property, if you let them roam free in your yard. That’s because roaming is typically a manifestation of the desire to breed. Take away that desire, the American Society for the Prevention of Cruelty to Animals (ASPCA) says, and your dog is less at risk of leaving your house looking for a mate.

By neutering your dog, and spaying your female if you have one in the house as well, you are sparing yourself the expenses that you would otherwise incur from taking care of a whole litter. Your one-time payment for the clinical services of spaying and/or neutering is an investment towards avoiding long-term care expenses.

You’re giving yourself more peace of mind as you get rid of several possible behaviors from your dog that are certain to be problematic. In essence, your house is a little bit more peaceful when your dog is neutered.

Now that you understand the importance of neutering your dog, it’s time to move on to the next question: “What is the age to neuter dogs?”

What is the right age to neuter dogs?

According to the ASCPA, veterinarians generally recommend pet owners to wait until the dog is at least six months old before taking it to their clinic for the neutering procedure.

However, Dr. Sherry Weaver of the website Cesar’s Way suggested that neutering earlier than six months can bring about some benefits to the dog regarding its physical development. Early neutering lessens the risk of the canine being overweight as it grows older.

The ASCPA also agrees, pointing out that puppies that are at least 8 weeks of age can be safely neutered. The only criterion is that they should be in good health. This means that they can recover nicely from the operation without any adverse complications.

The website SpayXperts specifically recommends 3-4 months as an ideal age for neutering. This age, the site’s experts say, ensure that the dog is old enough to tolerate anesthesia while being young enough to recover quickly from the surgery.

What About Older Dogs? When Is It Too Late to Neuter a Dog?

Most people think twice about neutering an older dog.

However, experts are of the agreement that, as long as the individual is healthy and has shown no signs of illness, older dogs can still be safely neutered and still enjoy the benefits of the operation.

While they are generally able to withstand the procedure, it’s still important to take a step back and weigh your dog’s health against the possible effects of anesthesia. For instance, the drug can cause nausea right after the procedure.

Older dogs might not be able to keep up with the stress and lack of food that follows, as they will not want to eat for the first two days following the surgery.

While there is no age considered as too late for neutering a dog, their health is ultimately the most pressing concern veterinarians face in making recommendations whether or not to go through with the procedure.

So the answer to the question “When is it too late to neuter a dog?” is “If you have to think about it, it’s too late.” Spaying or neutering your dog is critical to having them maintain a healthy lifestyle as they grow older.

1 thought on “When Is It Too Late to Neuter a Dog?”