If you are planning to own a Boxer dog breed, you might want to learn more about them. Besides, you probably want to know what boxer dogs are bred for. Knowing the history of the breed may help you understand the different things that the dog is capable of. Also, you may want to know about the different training styles that may work better for the boxer breed. In this article, let’s learn about the boxer dog breed.

The ancestors of the boxer from the Assyrian empire were initially bred for hunting big-game such as bears, bison, and wild boars. Initially, the boxer breed wasn’t called the boxer, yet. Back then they were a lot larger. Moreover, in Germany, they were called Bullenbeisser which translates to bull biter. The Bullenbeisser is now an extinct dog breed.

The Bullenbeisser was later on crossed with smaller mastiff-type breeds originating from England. Furthermore, this led to the change in the size of the original Bullenbeisser as the developing breed became sleeker and more elegant in the eyes of the people. Nowadays, the modern-day boxer that descended from the Bullenbeisser and mastiff is a very versatile dog breed that is capable of fulfilling roles as an athletic dog, cattle dog for herding purposes, police assistant dog, war support dog, home protection dog, watchdog, body or property protection dog, and guide dog for the blind.

What Boxer Dogs are Bred for

Nowadays, the boxer is a very versatile working dog breed. However they weren’t bred for a specific task, so you have to train them for tasks that you want them to do. But, people who bred them thought that they should be strong yet elegant. Ever since the boxer has helped people for various tasks that they are physically capable of. Nowadays, the boxer dog has been involved in these tasks: 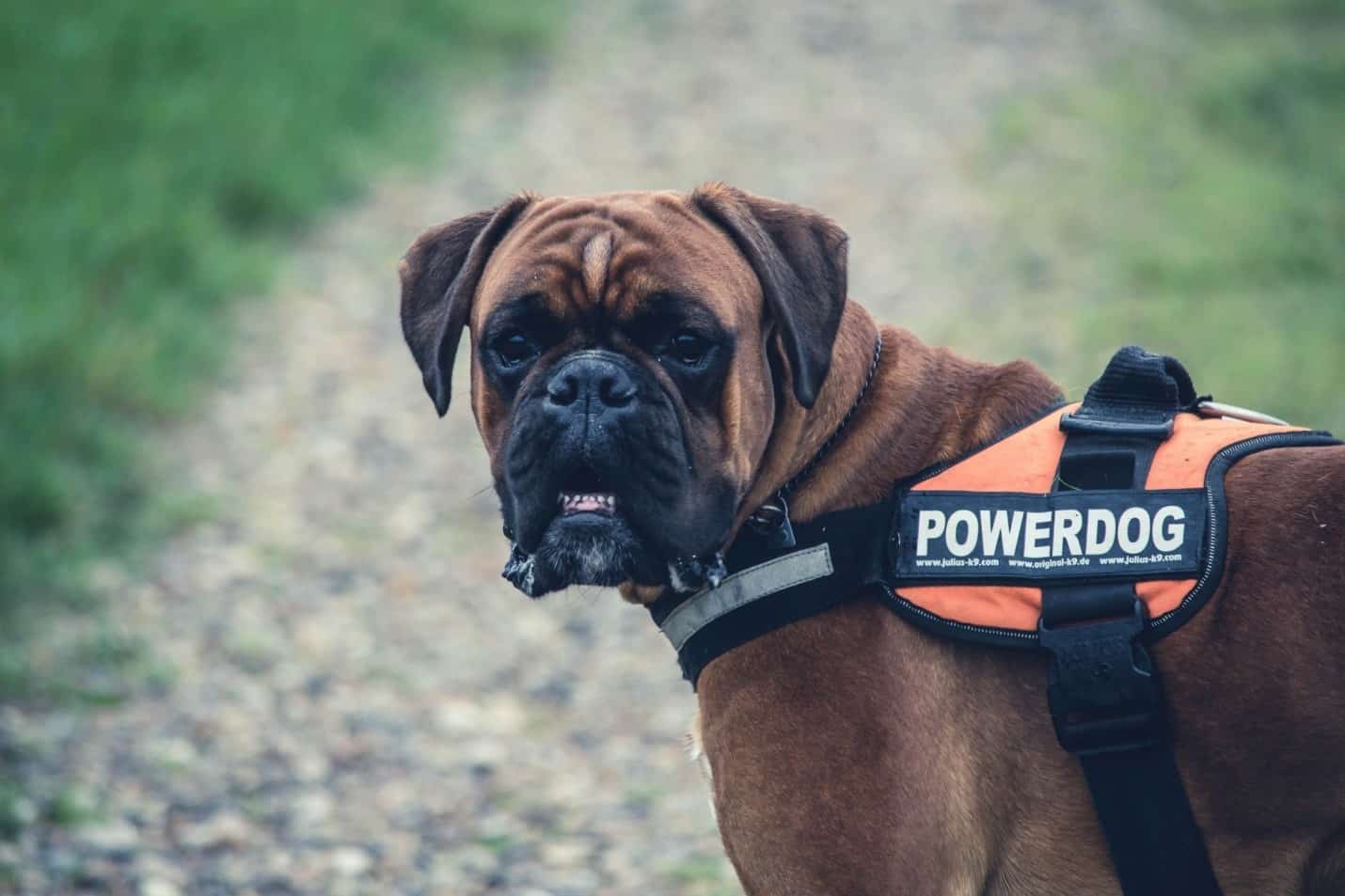 There are specific dog breeds listed in the American Kennel Club as herding breeds, the boxer can also be trained to do the same herding tasks. Due to the versatility of the boxer dog breed, when they are in farms, they can perform both herding and guarding tasks. Moreover, there are very loyal and eager to please their owners, so the boxers perform the tasks that they were trained to do. However, they need an assertive owner, if they are to perform herding tasks.

Various hunting dog breeds usually fall in the hound group. Moreover, the ancestors of the boxer are a hunting breed of big-game. This takes them to a whole new level of hunting dogs since they descended from the hunters of bigger animals. The boxer has unmatched strength and intelligence that makes them good hunting dogs even today if they are trained properly. Even though the boxer dog is now a lot smaller than their ancestors, their size did not compromise their strength and intelligence. Also, the boxer now appears more elegant than ever before.

Back in the day, the boxers and boxer mixes were also used as fighting dogs. However, since that practice has been banned, the boxer no longer participates in such activities. Nevertheless, for a brief period, the boxer did not only participate in hunting activities but fighting, too. This was another pastime of people wherein they place bets during these dog fights.

The boxer can watch or guard property when trained properly. Besides, the boxer is naturally protective and loyal. Also, the boxer is highly adaptable to either apartment or farm living, that they will protect their owners and their property with their lives. Moreover, you can easily train a boxer to protect your property as a guard dog or a watchdog with an eye out to detect potential threats.

In both world wars I and II, it has been documented that the boxer dogs supported soldiers during the war. During that time, K9 training as support dogs was already taking place and usually, the dogs had a task to sniff bombs and other potential threats. Even though there was numerous dog breed serving the military during the war, the boxer breed was popular due to their versatility.

Nowadays, you can find boxer dogs in various living conditions. They thrive well as working dogs on farms and they can also live well in an apartment as family dogs. The boxer is now very different from their ancestors and they are also very versatile. If their Bullenbeisser ancestors lost popularity when they lost the jobs that they were bred for, the modern-day boxer can be trained for any task.

If you are still wondering what boxer dogs are bred for, well they aren’t bred for a specific task. But, they can do anything that you train them to do. If you want a versatile working dog, the boxer is probably your best bet. Besides, they also adapt well to apartment living which makes the boxer an ideal dog for any household.

1 thought on “What Are Boxer Dogs Bred For?”