Dogs often have different sleeping patterns than humans. However, when you might want to take your dog for a walk or involve your dog in other activities. You might want to spend time with your dog whenever you are most active. In this case, should you wake a sleeping dog? Let’s find out.

What is the normal sleeping time for dogs?

Oftentimes, dogs sleep for a total of 12-14 hours within an entire day which consists of 24 hours. However, dogs seldom sleep for long stretches of hours. Usually, dog takes several naps during the day and night to complete their necessary sleep requirements. But, the sleeping time of dogs may vary depending on their breed, age, and activities. 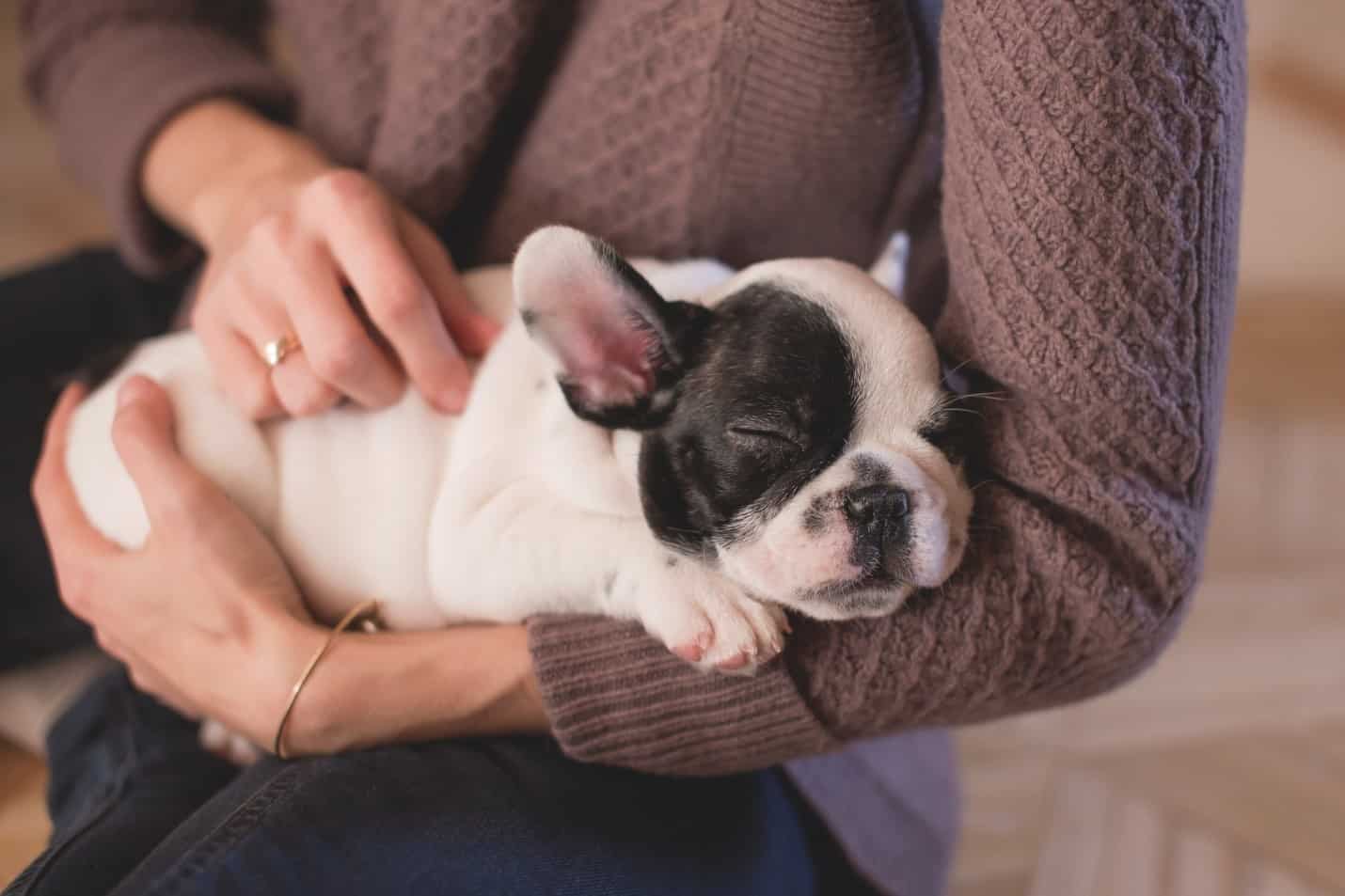 Most dog owners are convinced that their dogs really dream. However, in this study, researchers are convinced that animals can be conscious during sleep. This means that even though animals might have a lower level of consciousness compared to humans, they are still able to have vivid dreams. In addition, most dog owners even observe their dog acting out their dreams while they are asleep, which is further proof that dogs are able to have dreams.

Another study suggests that rats and dogs are able to dream due to specific patterns of brain waves that researchers have observed during their study. In addition, if less complex animals such as the rat have the ability to dream, it is more likely that dogs can dream as well. A dog’s brain is more complex than a rat’s brain. Dogs are more capable of perceiving and having memories which may often be attributed to complex dreams.

When dogs are dreaming, it is best to leave them on their own and not wake them. Moreover, dogs might not immediately snap out of the dream and might try to attack the source of the tactile stimuli while they are asleep or half asleep. However, dogs may respond differently when they are awakened from either a good or a bad dream.

Should you wake a sleeping dog?

Dog’s sleeping habits are very flexible. In addition, even when they are asleep they can easily be ready for action when the need arises. You might not even need to wake your dog when you want to play or take it for a walk. However, if you really feel a need to awake your dog from their slumber, you may wake your dog in a calm and gentle manner to avoid aggression or panic attacks.

Normally, it is not recommended to wake your dog from its deep slumber. However, if you know your dog very well and you know that your dog does not have aggressive tendencies when disturbed from its sleep, you may rouse your dog as gentle as possible. Waking up to sudden stimuli might be nasty for your dog, so calmness is really necessary. 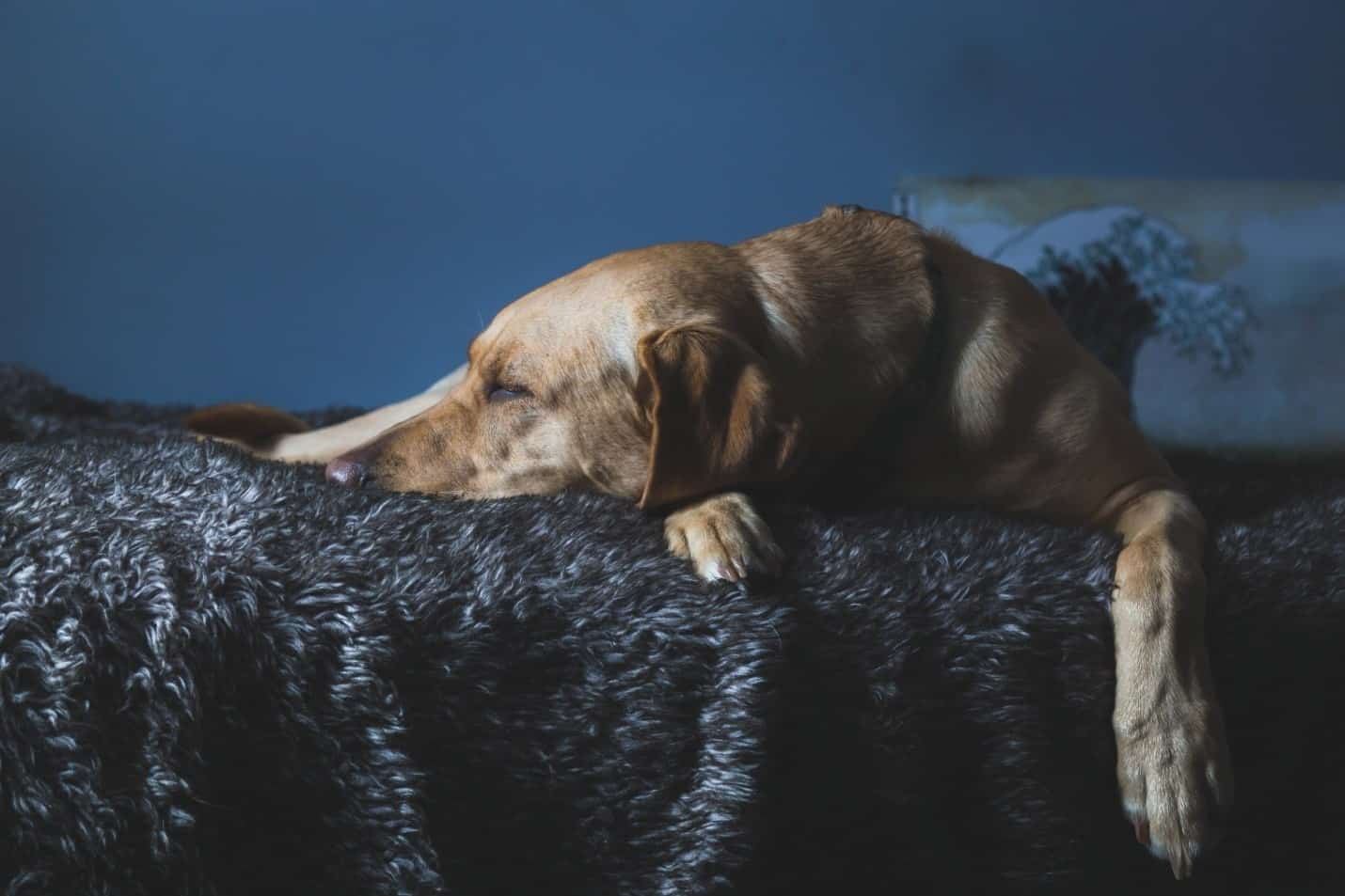 What are the sleep stages in dogs?

Just like humans, dogs also have sleep stages. However, if you want to further understand your dog’s sleeping habits and behavior, you have to know the different sleep stages of dogs to have an idea of their response when you wake them. Here are the sleep stages in dogs:

What causes changes in sleeping patterns of dogs?

Dog’s sleeping patterns and night time behavior has been recognized as either adaptive or innate. Thus, it is not very easy to suddenly change the sleeping patterns of dogs, even if you suddenly wake them. However, constantly waking your dog when it is asleep might be stressful for your dog.

Sleeping patterns in dogs might also change due to health problems which is might be a concern that your veterinarian need to look at. However, a poor diet or lack of nutrition might also be causes of reduced sleep in your dog. Common health problems which might affect the sleeping pattern of your dogs are heart disease, thyroid problem and other metabolic problem. If you suspect any of these conditions in your dog, your dog might need veterinary attention.

Why do some dogs twitch or move a lot when asleep?

Since dogs are able to dream, they are also able to experience nightmares when they area sleep. However, twitching and odd movement might be caused by a different culprit other than the boogeyman that might be present in your dog’s dream. Seizure may also look as if your dog is having a simple nightmare, but ignoring seizures can be life-threatening for your dog if the underlying cause is not addressed by a veterinarian.

Seizures can happen in your dog’s sleep, so if your dog has a history of having a seizure, this is something to look out for while your dog is asleep. The telltale sign that your dog is having a seizure while fast asleep is labored breathing. In this case, contact your veterinarian immediately.

Should you wake a sleeping dog? The answer really depends on your pet’s health and overall temperament towards people. If your dog does not have aggressive tendencies if they roused, then it is totally fine to wake your dog up, as long as it still gets enough sleep of about 12-14 hours a day. However, it might be more beneficial for your dog if you let it rest when it needs to. Dog naps don’t always take a long time.