As a dog owner, it might be usual for you to see your furry companion give birth. It is a very momentous occasion, and nothing gets you more excited than the thought of getting a new basket-full of joy from the pets you have considered part of your family!

Pomeranians have long been favorite choices for a family pet. They are fun, playful and active—just the perfect addition to liven up a home. Moreover, this extroverted dog has been a favorite for breeders as well. While you might be wondering how you can get your hands full of this tiny furball, the real question is this: How many puppies can a Pomeranian have? 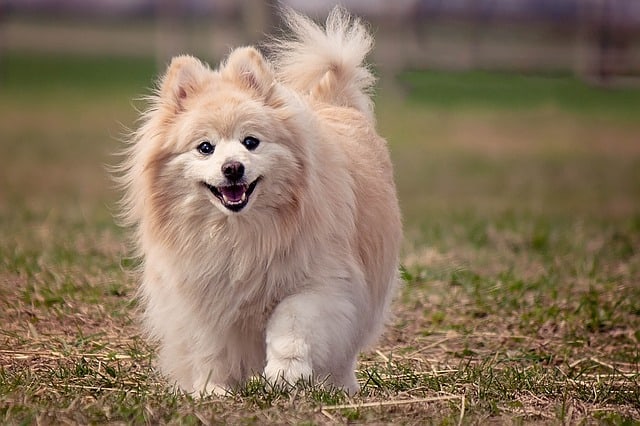 How many puppies can a Pomeranian have?

Pomeranians belong to a generally smaller breed of dogs. Small breed dogs will often have smaller litters compared to the larger ones. There’s no specific number of puppies a single Pom can give birth to, but normally, this tiny ball of energy would have a litter of 1-3 puppies. In some cases, it can even produce up to 5.

Most litters would have all the puppies surviving. However, and this is a very usual case among dogs, a “runt” or a smaller puppy may be born. This puppy would be weaker than his brothers and sisters, and would most likely require better care and observation than the rest.

Early signs that tell your Pomeranian is pregnant

A female Pomeranian can pregnant during her first heat, which might be too early for a growing puppy. As soon as your little lady enters puberty and her first cycle, she would be able to conceive.

Unlike humans, there are no at-home pregnancy tests readily available for our pets. Some owners seek the help of their vets, while some just wait until they witness their little girl give birth to a litter of her own.

During the early stages of pregnancy, there won’t be any sign that tells your Pomeranian is pregnant. While there is no way of predicting how any puppies she would have, there are definitely early indicators of pregnancy you should be aware of. 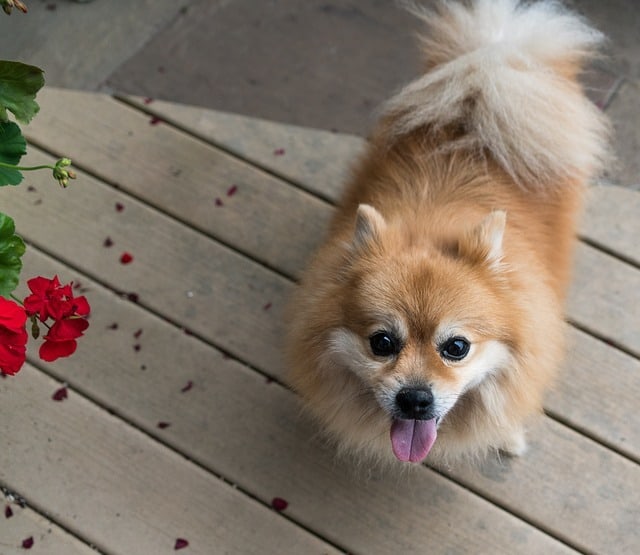 Here are some of them:

As your beloved pet’s pregnancy advances, there would be more evident signs that you should be noticing. By the 4th week, her belly would appear even bigger. This would suggest that she is indeed carrying a bunch of her smaller versions.

She would also go through apparent behavioral changes. She may appear more restless and may have the tendency to nest. When she’s finally nearing the end of her pregnancy, you would notice that she would be far more tired than before, and would choose resting over playing with you.

Caring for your pregnant Pomeranian

From the day you notice that your dam is pregnant, you need to start making changes. Keep in mind that small breed dogs are more prone to labor complications. This would also mean that her pregnancy is more delicate.

If you want to ensure your Pom during her pregnancy, it would help to take a few weeks off work, if possible. Once she’s nearing the end of her pregnancy, she can’t be left alone unless you regularly measure her temperature or she’s not at labor point yet.

You should also be careful of what you feed her. It’s not necessary to increase her food intake, but it would be smarter to give her meals more often. You also have to make sure that you increase calcium-rich foods in her diet.

There are more ways to care for your pregnant dam, but the best way would definitely be bringing her to the vet. There are things that they know better than your fellow dog lovers.

The waiting is over, and your precious Pom is finally a mom! But don’t be too excited; while you might still be overwhelmed by your dam’s post-partum high, there are still a few things you need to keep in check.

One of the first few things you have to check is whether all the puppies made it out. Small breed dogs are more prone to a complication called dystocia, or when a puppy is stuck or retained.

As for your dame, aside from the minor bleeding after giving birth, there aren’t any problems that should be regarded as “normal”. Whether it’s behavioral or physical change, these unusual things should alert you. In any sign of danger, it would be better not to try to and cure it at home—take mom and puppies to the vet and leave it to the experts instead.

There is no doubt why Pomeranians are such crowd favorites. Their energy is nothing short of viral and their loyalty is unquestionable. While having one of these cute but feisty pets is enough to make any dog owner happy, an additional one or three more puppies wouldn’t hurt, now, would it?