The English bulldog dachshund mix, also known as the bulldach, is a popular designer dog. Owners with bulldach often talk about how sweet and courageous their dogs are. But are all bulldachs the same?

Before getting a designer pup, make sure you know everything you can about them. That said, here’s your ultimate guide to the bulldach.

A designer dog’s appearance is rather hard to predict. There’s so much possibility when it comes to their size and physical features. Will they get the iconic long body of a dachshund? Or will they have a flat snout like a bulldog? You’ll never really know until they are born and grown-up.

There’s quite a gap between the height of an English bulldog and a dachshund. That may be the reason why bulldachs are often smaller than a bulldog. But they are taller than dachshunds. Normally, a bulldach has a height of 11 to 12 inches for both male and female dogs. They also have a general weight of 30 to 40 pounds. Looking at the numbers, their build is similar to the muscular bulldogs.

The color of your bulldach will depend on the color of its parents. But color possibilities include brindle, fawn, black, isabella, cream, or black. Bulldach dogs also have a short, straight coat.

Designer dogs haven’t been around for long. They’ve started popping up around 30 years ago. That’s why it’s hard to pinpoint their exact origin. The same goes for the bulldach. Its point of origin and the reason why it was bred remains unknown. But here’s where and how its purebred parents were bred. 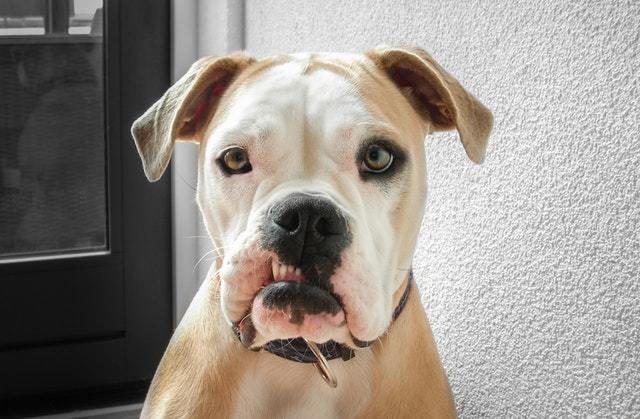 According to the American Kennel Club, the English bulldog can be traced back to the 13th century. They originally came from England for a “sport” known as bull-baiting. They were used to bait and fight bulls, and spectators would bet the outcome.

When the sport was banned and ultimately became obsolete, the bulldogs faced extinction. Luckily, fans of the breed transformed the fighting dogs. It was a long process, but they ultimately bred a companion dog.

Thus, the English bulldog was born. The dog was soon after recognized by AKC.

The dachshund breed originated from Germany 600 years ago. The word meant “badger dog” as a way of showing their job. Indeed, these dogs were used to assist men to hunt ferocious badgers.

Its long body made it easier to go underground into a badger’s den. It has a loud bark that alerts the men above ground.

In 1885, the dachshund joined AKC’s Stud Book. The breed rose to fame soon after in the US.

Both the English bulldog and the dachshund are stubborn breeds. They like doing things their own way. They’re rather independent and don’t want getting told what to do.

It’s likely your English bulldog and dachshund mix pup will inherit this trait. If you’re a new dog owner, maybe the bulldach isn’t the best choice. After all, you need to have experience training a dog.

But that doesn’t mean it’s impossible. Once you learn the methods to train them effectively, your dog can learn fast.

These dogs also tend to be aggressive. Socialization training will be handy. Surround them with people and other dogs when they’re still pups. Bring them to a dog park regularly so they can familiarize themselves with strangers.

Bulldach dogs aren’t the most active, so they fit your lifestyle if you’re a homebody. But it’s still essential to give them their daily exercise. Walk or jog with them for around 30 minutes every day.

Additionally, keep them mentally sharp. Toy dogs with puzzles and obstacles can help do that.

Your bulldach’s temperament is another tough thing to predict. But it can inherit both the negative and positive traits of its parents.

In general, bulldach dogs are brave. They are very independent and have no problems doing what they want. Yet, these dogs are also very affectionate, especially towards their family. They are great family pets as they are people-oriented. Although smaller, they’re protective of their family and their possessions.

But you also have to be more careful with this trait. Being too close to the family may cause separation anxiety. This protectiveness of their possessions may also cause snappiness.

Dogs need proper nutrition. Feed your bulldach with protein-rich and high-quality kibbles. The protein source should be the first ingredient on the list.

Feeding plans differ depending on your dog’s age and overall health. But you should ask the vet for the most suitable plan. Normally, though, a bulldach will need one cup of dog food per day, split into two meals.

Besides food, be sure that your dog has access to clean water.

A bulldach dog has an average lifespan of 10 to 14 years. However, they can go beyond that if taken proper care of. Ensure that both parents are in perfect health, or the pups will inherit their illnesses.

That said, below is a list of the most common health problems that affect the bulldach:

Bring them to the vet regularly for checkups for early detection and treatment.

An English bulldog dachshund mix has low-maintenance grooming. Their short coats make them light shedders. Weekly brushes would help with that.

Bathing doesn’t have to be a daily or weekly occurrence. But do get them a shampoo that’s safe for their skin and fur. You may also want to clean their ears regularly to avoid ear infections.

The same goes for their teeth. They may be prone to dental problems if you don’t brush their teeth regularly.

You can bring your dog to a professional groomer every six months or so.

A dachshund has an average litter size of four to eight pups. Meanwhile, an English bulldog normally has four to nine pups.

A bulldach puppy can cost you if you bought it from a reputable breeder. They tend to charge higher than most. But you can ensure that the pup is healthier, with their first vaccination and such.

You will also spend at least $1000 annually for both their medical and non-medical needs.

If you wish to spend less, you can get an adult dog or a pup at the local shelter.

Since the bulldach is a designer dog, it isn’t recognized by major kennel clubs. But the following organizations do:

The English bulldog dachshund mix can be a great family pet. But if you have kids, you have to teach them how to handle such a breed. Additionally, you need to be responsible for your dog’s training and food.