Throwing up is a bad sign for us humans. It’s why we often worry when our dogs throw up. It’s also a normal reaction, especially for new dog owners.

But you shouldn’t be too worried. Your dog will throw up at least one more time during its lifetime.

But should a dog throwing up undigested food be a concern?

We expect our dog’s food to come down to their esophagus and into their stomach for digestion. It can be alarming to see them throwing up undigested food even hours after eating.

There are several reasons why this happens. It could be as simple as overexcitement or something more serious like an infection.

But first, you have to determine if your dog is truly vomiting. In some cases, they might be regurgitating.

Regurgitation happens right after your dog is done eating. It’s a passive action. One minute your dog is bowing its head and the next there’s undigested food on the floor. This means the food hasn’t even reached its destination yet.

That may also be the reason why your dog will want to eat that undigested food again. It will taste good for them still as it’s not yet filled with stomach acid.

Meanwhile, vomiting is a rather uncomfortable or painful even. Your dog may salivate and may act apprehensive. They will also have stomach contractions as their body attempts to bring up their food.

If you are unsure whether your dog is vomiting or regurgitating, bring them to a vet. They can rule out one of the other and may even help your dog feel better immediately.

Below are the lost of probable reasons why your dog is throwing up undigested food.

Overexcitement may seem like a silly reason. But it’s one of the most common reasons why dogs vomit. If your dog is an eager eater, they might give themselves a stomachache.

They often do this when they’re excited about the food. It could be their favorite food or they’re just really hungry. That can easily be remedied as you only need to help your dog slow down. 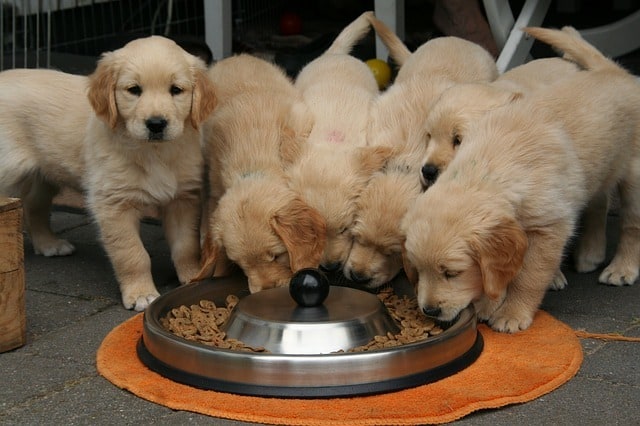 Dogs love to rummage trash bins and the dirt. If there’s one thing they can find in these places, it’s bad food. It could be something spoiled or something that doesn’t agree with them.

They may even eat something inedible as long as it smells appetizing.

It’s normal for our body to expel anything that it sees as a threat. The same goes for our dogs. The food can mess up their system. Your dog’s body will attempt to heal itself by expelling the food.

Besides bad food and inedible things, your dog may also eat anything solid. It can be a big bone or a rock that has blocked their digestive tract. Because of this, the food can’t complete the process of digestion.

Apart from that, your dog’s body will also want to expel the blockage. The dog will vomit once or twice hours after they have eaten.

Besides vomiting, your dog may also experience the following symptoms:

It’s best to bring your dog to a vet as soon as possible.

Indigestion is another common reason behind your dog’s vomiting. It can mean they have eaten something that can’t be digested. That could either be an inedible object or a side-effect of a new diet.

Your dog’s system can get used to a certain type of dog food especially if they have sensitive tummies. Changing their diet can mess their digestive system. Because of that, their stomach won’t be able to perform as better as it did before.

You can opt to bring them back to their old diet. If it’s not possible, slowly introduce the new diet to their system along with their old food or soft food like cooked rice.

If your dog has a weak digestive system, they will suffer from chronic vomiting. They’ll refuse most of the food you offer and they become picky eaters. They also experience indigestion, gastrointestinal intolerance, and inflammatory bowel syndrome.

You may notice this one a lot earlier as it can start when they’re still pups. If so, bring your dog to a vet so they can be given something suitable for their dietary needs.

The symptoms can also be due to something they have eaten because viruses and bacteria can also cause stomach infection. When this happens, your dog will likely vomit more often. It’s normally undigested food. 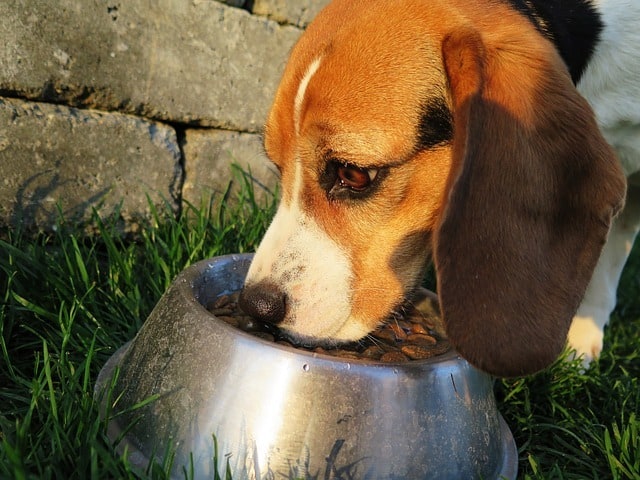 Apart from vomiting, your dog will also experience diarrhea. This can worsen and they may also experience a fever. If this continues for at least 24 hours, bring them to a vet.

A common remedy for infection includes antibiotics and plenty of water. Always get a prescription and never try to medicate your dog on your own.

Your dog throwing up undigested food can be worrisome. But it’s best to observe them first. If it brings them obvious discomfort or pain, bring them to a vet immediately.