The dachshund is a popular breed in the US because of its distinct appearance and irresistible cuteness. However, some dachshunds might be stubborn and refuse to go on walks. Dachshunds’ personalities may vary since every dog is unique. In this article, let’s find out why a dachshund will not walk.

The dachshund was initially bred by the Germans to be hunting dogs about 600 years ago. Furthermore, they were bred to specifically hunt badgers. The long bodies of the dachshund allow them to burrow easily for their prey. However, this type of body structure of the dachshund is not for distance running, leaping, or strenuous swimming.

Due to the hunting background of the dachshund, you may expect them to be full of energy. Moreover, this breed is after all bred to hunt, so they were also bred for stamina. Nowadays, the dachshund is a well-known friendly, curious and spunky breed, according to the American Kennel Club. If you want a dachshund in your home, you can expect to see some hunting behavior which may range from digging in your garden and hunting of smaller animals in your yard.

Dachshund is a very lively and active breed. In contrary to their lapdog appearance, the dachshund needs to be very active to be healthy. Otherwise, dachshunds are prone to obesity and health issues if they don’t get enough exercise either indoors or outdoors.

A dachshund is smart and vigilant. This trait can make a dachshund an ideal watchdog when coupled with their big dog bark. In addition, the dachshund is an independent hunter which might make rash decisions when not trained properly. Sometimes, a dachshund might be stubborn, but they are trainable as long as you have enough patience, energy, and focus. 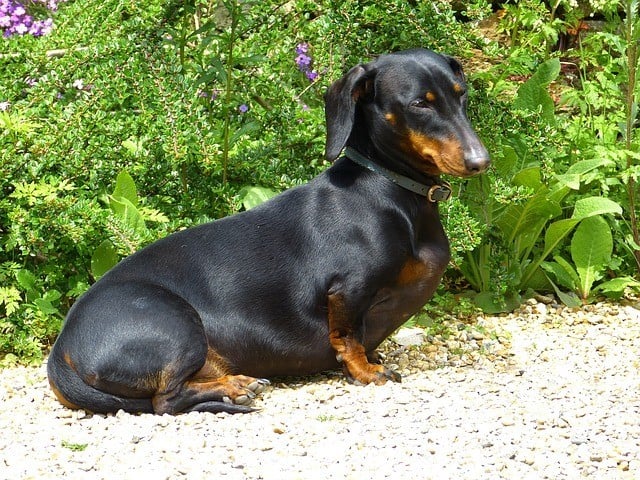 Dachshund will not walk

In some instances, a dachshund may refuse to go on walks. However, when this does happen, it means that your dog is going through something. It might be caused by health or behavioral problem that you might need the help of a professional dog trainer or veterinarian to address. A dachshund is a very active breed that needs plenty of activities and exercise to combat boredom and destructive behavior.

A dachshund should be active enough to be interested in regular walks. However, if your dachshund turns down walks, then you should slightly be concerned. You may bring your dachshund to the vet for a checkup since dachshunds should not be lethargic. When dachshunds do not walk it is a cause of concern since it is not normal behavior. A dachshund is a lot of things, but they are not lazy and they should be lively when they are in good health.

If a dachshund refuses to walk even though it seems that it is fully capable to do so, then the problem might be behavioral or psychological. A dog without proper social skills and exposure may develop detrimental and anti-social behavior. Moreover, if you see signs of dog panic attacks prior to your walk, then it is a tell-tale sign that something has to be addressed. Dogs that had bad outdoor experiences may associate walks with bad memories and this may, later on, develop as triggers to their panic attacks.

Reasons why Dachshunds refuse to walk

Dachshunds may refuse to walk for a variety of reasons which may involve physical or psychological issues. However, these are might be the hindrances that keep your dachshund from walking: 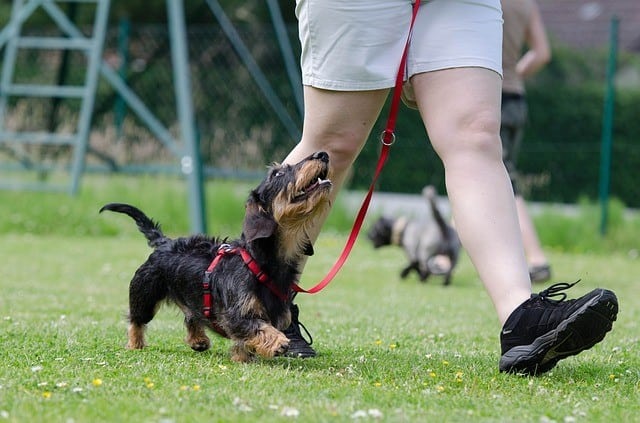 Ways to encourage your Dachshund to walk

If the issue is psychological such as dog panic attacks and dog anxiety, you may give positive reinforcement to your dog every time it would go out even for just a short walk with you. Eventually, your dog might be able to overcome their panic attacks or anxiety when they step outside for walks. If nothing bad happens during walks, your dog eventually associates walks to good things and exercise, so negative reactions from your dog towards walks may eventually be avoided.

If your dachshund will not walk it is important to identify the root cause of the problem whether physical or psychological. Lethargy or laziness in dachshunds is not normal behavior. However, if your dachshund is new and it might just be mistrusting you as a new owner, just give your dog some time to adjust and you can expect everything to be fine.