If you’re a tiny dog lover, it’s no surprise you know the Chiweenie. It’s the Dachshund Chihuahua mix which is more known as the “Mexican Hotdog.” This dog is pretty much the epitome of the phrase “small but terrible.”

This designer dog may be small, but they have a huge personality and a brave heart. But will a Chiweenie work for you?

Let’s take a deeper look into this mix breed.

This designer dog is hardly 50% dachshund and 50% Chihuahua. Pups normally look more like one of their parents than another. That’s why it can be a little hard to predict how a Chiweenie pup will look like.

Pups of the same litter may also look different from each other. But you can use the appearance of both parents to predict how they’ll look like.

Their ears can either be floppy or perky. The bodies may be elongated or similar to a Chihuahua. But the legs are surely stumpy and short as with both parents.

Both male and female Chiweenies should reach a height of eight to 12 inches. But male dogs are often heavier. They weigh around six to 10 pounds while female dogs reach five to eight pounds.

The coat of your pup may depend on the type of coat its parents have.

There are three types of dachshunds: short-hair, long-hair, and wire-hair. Meanwhile, there are seven types of Chihuahuas with coats ranging from short to long.

Their color may also depend on the color of both parents. Common colors are tan, brown, black, blonde, or multi-colored.

Both dachshunds and Chihuahuas have been around for some time. But like most designer breeds, the Chiweenie is a more recent breed which gained popularity during the 1990s. 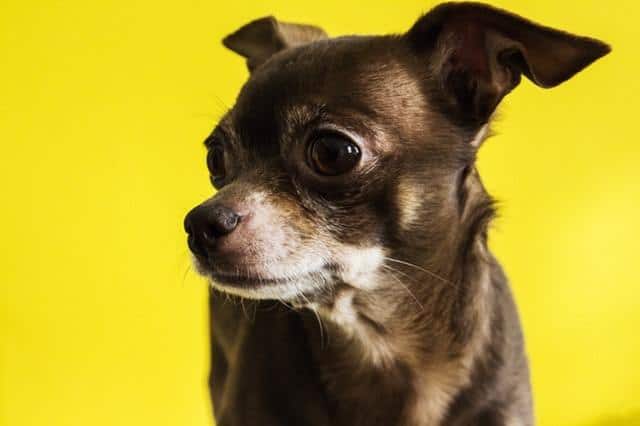 The Chihuahua was believed to have been originally bred in Chihuahua, Mexico. But the ancestors of the breed was only found in the state.

They were believed to have been lost when Spain toppled the Aztec civilization. The remaining survivors found a new home in remote villages. Then during the 1800s, Americans were able to find specimens in the state of Chihuahua.

The breed was then named after the state and soon grew popular around the world. The first AKC registered Chi was a little fella named Beppie. He was registered in 1908. 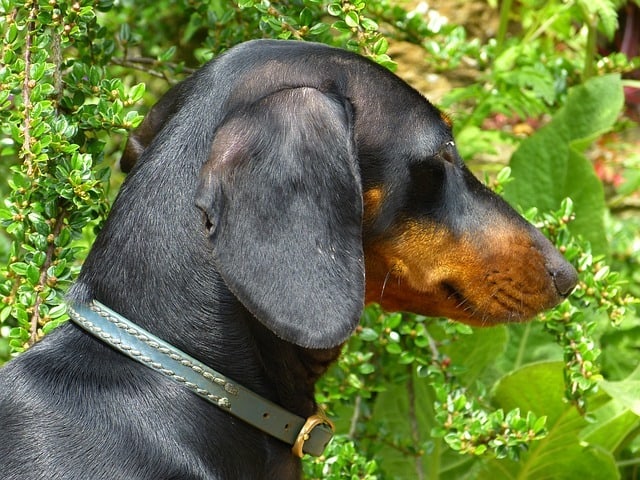 Dachshunds were first bred in Germany to fight a formidable foe: badgers. Their long and low bodies enable them to go through badger dens. They also have loud barks which they use to alert their masters above the ground.

Badgers are dangerous for any dogs. But dachshunds were bred to be clever and courageous. They’re also strong little dogs which help them dispatch nasty badgers.

Dachshunds were originally just short-haired. But selective breeding gave birth to wire-haired and long-haired dachshunds. Wire-haired were often used for patches of thorny brier. Meanwhile long-haired were for cold climates.

Training your Chiweenie will be a little tough. That’s not because they won’t be able to pick up what you’re teaching. It’s because they’re well-known to have a stubborn streak. They can also get distracted easily.

Training should start when your dog is still a pup. Start at around eight weeks old and use positive reinforcement. That means giving them rewards and praises.

You should also have lots of patience with this breed. Besides repetitions, there will be lots of intermissions between training. But always remember to avoid punishing your dog as that can affect them negatively.

The Chiweenie is an active toy dog. They love a good cuddle and will love to stay on your lap. But they also love running around and playing.

Besides walking them daily, you can also play with them. Since these dogs are small, you don’t necessarily need to have a backyard. You can play with them in a spacious room and they’ll be fine.

Generally, the Chiweenie is a bold and fearless dog. Don’t let its size fool you as they can be good protectors when they need to be. They’re friendly when trained, but they can get suspicious of strangers easily as well.

They are loud, spunky, and sassy. In fact, they have a tendency to bark more than any other toy breed. This makes them good watchdogs and companions.

Apart from their fierceness, Chiweenies are loyal and sweet. They’re devoted to their parents, especially their favorite ones. Yes, your Chiweenie is likely to favor a dog-parent.

Unfortunately, the Chiweenie don’t do well with young kids. They have small bodies that can easily get injured. Rough playing is a big no, and kids are likely to do that.

Your Chiweenie will need around 250 to 440 calories per day. Find high-quality dry kibble and split their caloric intake into two to three meals a day. Don’t free-feed your dog as they can gain weight easily.

Ensure that their food is perfect for their age and size. They will need protein. The animal source should be the number one ingredient in their food.

Chiweenie dogs have a life expectancy of 13 to 16 years. They can go beyond the years if they stay healthy.

That said, here are the most common health problems you should avoid:

Your Chiweenie has different grooming needs and shedding level. It depends on what type of coat they have. But on average, they have low to moderate shedding and are low-maintenance.

They may shed heavily on some seasons, especially if they are long-haired. If that happens, brush their coat daily.

Chihuahuas have an average of two to five puppies. Meanwhile, dachshunds normally deliver one to six pups.

Chiweenie pups are rather affordable than other breeds. You can get one for around $200 to $500. The more reputable the breeder is, the more expensive the price gets.

Besides the initial price, you’ll spend around $1000 to $1500 annually for their needs.

You may also check with local animal shelters. Since Chiweenies are popular, you might find a loving dog that needs a home.

Like other designer dogs, Chiweenie is not recognized by the American Kennel Club. But the following organizations do:

The dachshund Chihuahua mix breed is an endearing little dog. They may be small, but they pack a big personality and a lot of love. If you’re a single dog-parent or your family consist of adults, this dog is a great choice.