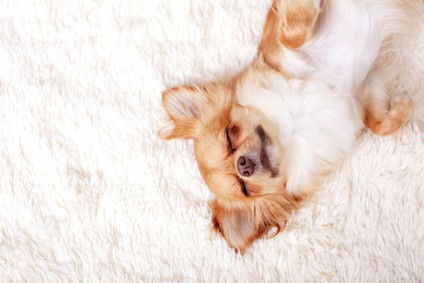 Chihuahua’s are a rather famous breed with a lovely temperament, associated with everything from Paris Hilton to designer handbags, or rather having handbags used to carry them around in. Chihuahua’s are noted as being one of the top ten watchdogs around and are known for their sociability the world over. How then do we go about caring for these amazing animals and what exactly are Chihuahua common health issues? 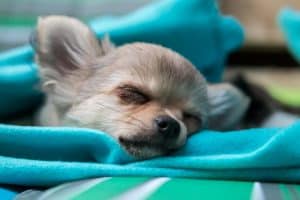 Patellar luxation is the most common Chihuahua health problems known to afflict Chihuahua breeds and other miniature dogs. It is a knee defect in which the dog’s kneecap becomes dislocated from the natural position in the thighbone. The dogs will only experience pain when the kneecap shifts out but once it is moved, they should no longer experience any pain sensations.

Tracheal collapse occurs when the trachea or ‘windpipe’ starts to fall inwards on itself, thereby forcing air to be pushed through, resulting in the dogs having a continuous cough that sounds very similar to honking. Other symptoms to report to your vet include a sudden adversity towards exercise, the gums developing a bluish tint and a general struggle when breathing.

Keratoconjunctivitis sicca otherwise known as dry-eye disease, is relatively prevalent in most dog breeds, including Chihuahuas. Symptoms of this illness can include pus or mucus being pushed out of the eye, an abnormal amount of blinking. The tissue that surrounds the eye and the eyelids may swell in size as well.

Liver shunt is a type of liver disease in which the blood that is supposed to routinely pass through and to the liver is drastically lessened since an additional vein that is attached to the portal vein from the liver attracts the vast majority of the blood and thereby allowing the blood to flow past the liver. This is normally caused by a genetic defect and may require surgery to fix.

Periodontal disease is a dental illness in which the buildup of plaque on the teeth of your dogs increases. It can cause anywhere from slightly irritated gums, to bone and or tooth loss due to the severity of the bacterial infection within the mouth of the dog.

Bad breath, is one of the first indicators of this disease. Their teeth become discolored or are missing. The quality of their gums deteriorate and they may not be able to eat well.

Certain health problems are more likely to occur if the dog’s parents had them, hence you should check if you received a certificate to state whether or not your Chihuahua’s parents suffered from heart disease or from patellar luxation in order to grant yourself peace of mind. If his or her parents were cleared, then your dog will be less likely to inherit the illnesses.

Another way you can look after your Chihuahua and ensure optimum health is through the use of jackets and dog jerseys. Because of their small bodies, they suffer when the temperatures outside drops. However, they also can’t spend too much time in the sun as they are prone to heat stroke. So make sure they always have access to water to cool themselves down and, if possible, a little bit of shade too. 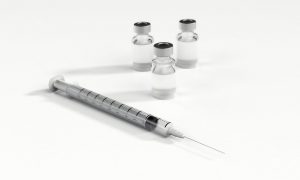 Vaccinating your dog is strongly recommended to keep your companions immune system strong. Most states require all dogs to be vaccinated for rabies, but ideally, you should consider making sure your pets are regularly dewormed and have their shots up to date in order to prevent the contraction of anything more sinister.

Brush their teeth on a routine basis to prevent dental disease. Hard chew toys will strengthen their teeth and help to remove any buildup within the mouth of tartar. Finally, their ears should also be routinely checked in order to prevent wax and any other dirt from accumulating, which may ultimately lead to infection.

Also, be sure to properly groom your chihuahua by clipping their nails and shampooing their hair regularly.

From a nutritional and feeding perspective, vets should be consulted in order to work out what food exactly will best serve the needs of your Chihuahua throughout both her puppy years and through their senior years as well. This is especially pertinent as this breed can live for up to 17 years, so they will most certainly need all of the extra love, care and amazing food they can get.

Chihuahua’s are a much-beloved breed the world over as I’m sure you can attest to with your little poochie as well. However, in order to ensure they are functioning at optimal health levels and not prone to serious illnesses, it is advisable to really care for and nurture your Chihuahuas according to the steps outlined above. After all, we would all want to avoid Chihuahua common health issues.