They look strong and imposing, but can Boxer dogs be aggressive? At first glance, you might think that Boxers are mean and prone to violence. But once you’ve had a second look, you’ll find that they’re just big playful pups with lots of energy and outsized personalities.

Don’t let the Boxer’s muscular body and serious look fool you. These dogs love kids and big families and are the perfect addition to your brood. In fact, this breed is so loyal, friendly, and charming that it’s in the American Kennel Club’s 2018 Most Popular Dog Breeds list.

Want to bring a Boxer pup home but worried it might be aggressive? Read on to learn more about Boxers, whether they’re naturally aggressive, and what to do when they do exhibit aggression.

Boxers may have a domineering presence and a strong build, but are they actually vicious? The short answer: not really. 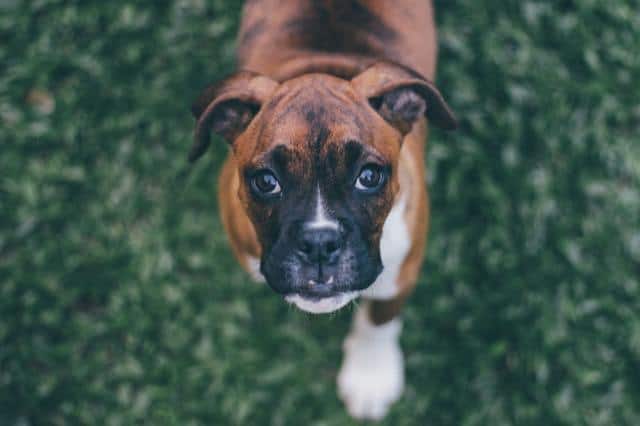 First of all, any dog breed, no matter how big or how small, can be aggressive, especially without proper training. Boxers aren’t more aggressive than other dog breeds. In fact, they often exhibit fondness toward their owners and are even gentle and patient with children.

Second, Boxers are, by nature, mild-tempered, loving, and affectionate dogs. They are extremely loyal and tend to become very attached to their caregivers. They are courageous and will instinctively protect their owners from other humans and animals.

In the absence of training, a Boxer may get too enthusiastic about defending its owner or family from anything that it sees as a threat, be it human or animal. Boxers are high-strung dogs that will jump on you in greeting. Sometimes, this action comes across as being aggressive or threatening.

Though a Boxer will typically be patient with dogs smaller than itself, it can sometimes show aggression toward larger dogs. This is true for dogs that are the same sex and especially for an adult female Boxer encountering another adult female dog.

Why Some Boxers Show Aggression

Like any other breed, Boxers can sometimes be aggressive. While these are generally mild-mannered and gentle creatures, they can show aggression when provoked or when they feel threatened. 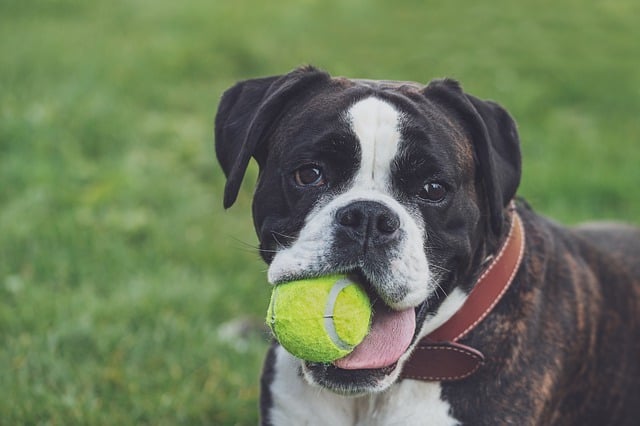 Boxers can also be aggressive when:

They Haven’t Had Exercise or Sufficient Playtime

Boxers and Boxer mixes are highly energetic and need to use up their energy through regular exercise. They can get unruly and aggressive when they have a lot of pent-up energy.

They’re on a Leash

If you have a Boxer, you may have noticed him being aggressive toward other dogs when you’re out on your daily walk. This happens because being leashed can bring out the dog’s territorial instincts, and he perceives other dogs as a threat to you.

Because Boxers are fiercely protective, they can sometimes be aggressive toward people they don’t know. This is especially true when you have guests over and they’re not careful about approaching your dog.

They Meet Other Female Dogs

There’s a Genetic Cause

In some rare cases, aggressive tendencies are a result of selective breeding. To avoid getting a Boxer that’s aggressive because of breeding, buy pups only from responsible breeders.

How to Train Your Boxer Not to be Aggressive 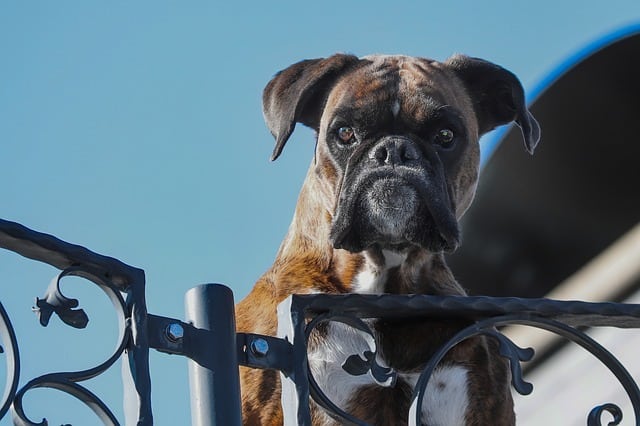 If you’ve acquired a Boxer pup, here’s how you can make sure he doesn’t become aggressive:

Spay or Neuter Your Dog

If the procedure is done before your pup turns six months old, spaying or neutering can help prevent the development of aggressive tendencies.

Speak to your pup in a calm tone. Don’t yell at him or scold him in a harsh voice. Never hit him.

Train Him Early On

Boxers can sometimes show fear-based aggression, particularly when they haven’t been trained or socialized properly. If you want your Boxer pup to be gentle with children and accepting of strangers, you need to train him or have him trained by a qualified dog trainer using positive training techniques.

If you don’t teach your Boxer to follow your commands from an early age, he will grow up thinking that he’s the boss. With early intervention, aggression can be prevented, and your Boxer can be an excellent companion for the whole family.

Socialize Him Early On

As soon as you bring your Boxer pup home, start exposing him to different people, including children, in a variety of settings. This will help prevent aggression towards humans when he is older.

Can Boxer dogs be aggressive? If you’re considering acquiring Boxer pups, rest assured that they’re friendly, adoring, and charming doggos—not the vicious creatures they’re often mistaken for. And with patience and proper training, you can keep them from exhibiting aggression as they grow older.