We often see dogs as loyal and lovable beings. But it’s unfortunate that some breeds and class get too little appreciation. That’s because they’re always deemed as dangerous or not fit as pets.

Among these breeds are the pit bull terriers. These dogs have long been seen as aggressive. It doesn’t help that there have been lots of cases wherein pit bulls have attacked people.

But what’s the truth? Are Pit Bull Terriers dangerous? 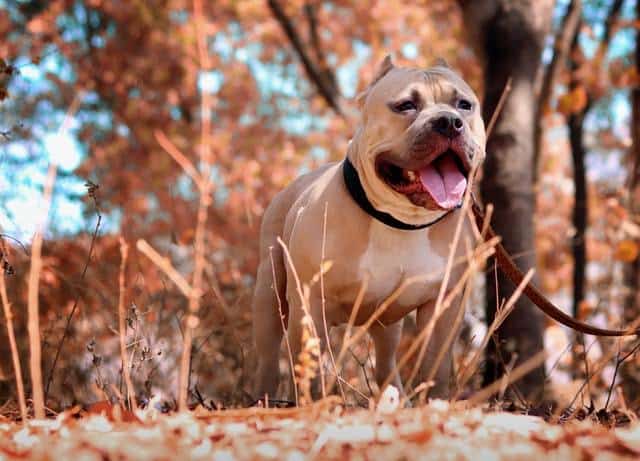 Contrary to popular belief, American pit bull terriers are sweet and loyal to their families. They are eager to please. These big dogs are gentle, especially toward kids.

In fact, they have been named as “nanny dogs” because of their love for their little humans.

They do have a tendency to show aggressiveness, but only when they’re in the face of danger.

Their aggressive trait may come from their unpleasant history. These dogs came from the United Kingdom and were used in blood sports. They were used as bait for bulls, thus the name.

Pit bulls were trained to be aggressive for sports. Since they grew up for such a brutal and barbaric sport, they adapted. These dogs became more aggressive than most breeds.

According to a five-year review of dog bite injuries, 51% of attacks came from pit bulls. This study came from the Children’s Hospital of Philadelphia and was released in 2009.

The remaining cases were from Rottweilers while others came from hybrid dogs.

There were also news headlines about pit bull terriers attacking people. These have become rather common over the years. Each one contributed to the negative image of these dogs.

But instead of sympathy going to the victims, support outpoured for the breed. Supporters of pit bull terriers stood by these dogs. Until now, they are working on changing this stereotype.

So, are these dogs dangerous?

When you own any type of pit bull, you’ll quickly realize they don’t deserve the hate. These gentle dogs are sweet and loving. They may be a little hyperactive but never one to intentionally hurt you.

According to Sara Enos, founder of American Pit Bull Foundation, the problem is not with the breed. It’s with the people that get these dogs.

It is true that their genetics will play a huge role in how they grow up. But a dog’s environment is the biggest factor in their growth. It’s a lot like with us, humans.

That said, pit bull terriers are not dangerous unless you treat and train them to be.

How to Avoid Making Your Pit Bull Aggressive

Don’t want your dog to turn against you? It’s easy. Love them and be gentle with them.

Pit bull terriers are one of the most loyal and gentle dog breeds. They can be easily trained and generally love people. Keep them in a good and nurturing environment so they won’t feel threatened.

To avoid that, train your pit bull terrier to be social at a young age. Ensure that they meet good dogs as a bad experience can traumatize them. The meetings should be done in a safe place where they are monitored.

You can also bring them to the parks. Make sure they are used to the presence of other people and dogs.

If your pit bull terrier has shown aggression, take action immediately. They may adapt this trait and can become aggressive even toward you.

Check your surroundings and investigate if anything is threatening them. It’s also best to call your vet. They can refer you to an animal behavior expert and have your dog treated.

As much as possible, never treat them back aggressively. This action can make matters worse.

It’s also best to keep your children away from the dogs as soon as they show aggression. They may fight back or their fear may cause your dog to feel more stressed.

Should You Get a Pit Bull?

If you can handle them, why not? These dogs are amazing pets and guard dogs as long as they’re treated with love.

But make sure you get them from a reputable breeder. You can guarantee they are healthier.

You may also adopt a pit bull terrier from a local shelter. Unfortunately, many are left behind because of their bad reputation.

Just be careful when choosing a dog from the shelter. Due to their unknown past, you’re not sure how well their upbringing is. If you have more experience with owning a dog, the better you can handle these rescue dogs.