Pit bulls are best known for being aggressive dogs. Contrary to this popular belief, it’s untrue. These dogs are one of the sweetest and most gentle dogs you can ever have.

Why have they received such a bad reputation? And is it true that they are aggressive and attack people? If so, is the attacks common, and should you be alarmed?

Today, we’re diving into this topic and hopefully shed some light to the true nature of pit bulls. 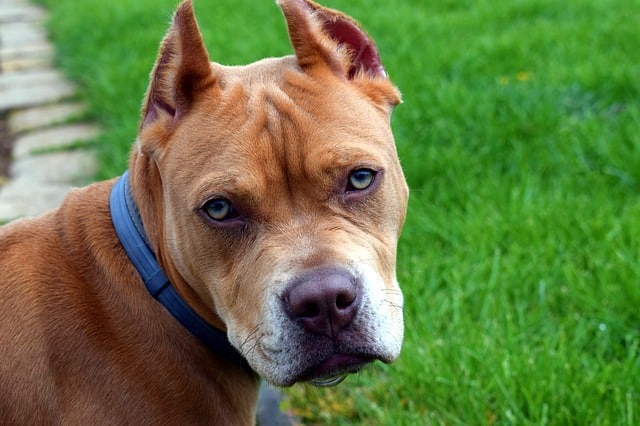 One of the biggest pit bull myths is that is a dangerous breed. The truth is, there are four breeds under the pit bull class. They are the following:

When people say pit bull, they often talk about the American Pitbull Terrier.

Another myth surrounding these dogs is that they are aggressive. There have been several news headlines regarding pit bull attacks. These have all contributed to the bad rep they get.

But when looking at a pit bull’s temperament, you’ll be surprised to know they are far from that. They are actually very charming dogs. They are deemed as “nanny dogs” because they are gentle and protective of children.

Pit bulls are also sweet and loyal. These dogs are intelligent and eager to please their families. They love to be involved in family activities and may even get separation anxiety when separated from their owner.

Although that’s the truth about these dogs, many still fear them.

Pit bulls were originally bred to be aggressive. They’ve been used in the late 1800s as bull bait. They’d fight and chase down bulls until one of the two animals falls down first.

This barbaric and brutal history led many to believe these dogs are aggressive.

But according to the American Temperament Test Society, pit bulls have a passing rate of 86.7%. You’ll be surprised to know that’s higher than a Chihuahua, Beagle, or a Border Collie. In fact, your Chihuahua is more likely to bark and growl at a passing stranger than a pit bull.

Although they are more gentle, they do still have some aggression in their DNA. It’s a part of who they are and you can’t simply take that away.

The only thing is they will show aggression when they are not properly trained and socialized. If they were trained to hurt others, that’s how they will be.

But it’s not just pit bulls. Train your Chihuahua to bite at anyone and they will certainly do so.

In the end, genetics and the dog’s environment will tell how aggressive they will be. Be a more responsible and caring owner. Be better, especially when your dog is aggressive based on genetics.

There have been 389 fatal attacks caused by pit bulls from 1982 to 2017. This is according to records that have been made public. There was also a five-year review from 2009 that showed 51% of dog attacks were from pit bulls.

Pit bulls do attack people more often than other breeds.

It’s also true that they hold the record for the most fatal attacks than all breeds. Perhaps this is because of the severity of a pit bull’s bite. They are bigger and have more strength than a Chihuahua, so their bites are more serious.

Other dog breeds that are known to attack people more often are the following:

But that doesn’t mean you shouldn’t get any of these dog breeds at all.

Fatal dog attacks happen in 1 out of 112,400 chances. You are more at risk of dying of a devastating storm than of a dog attack. Additionally, 81% of all dog bites are not serious.

Do Pit Bulls Show Signs Before the Attacks?

An aggressive pit bull is more likely to bite a stranger than a trained one. But there have been cases wherein a pit bull has shown no sign of previous aggression.

In these cases, there are always triggers. A dog may have felt threatened by a certain situation they haven’t been in before. For example, rough playing from their families may make them feel uncomfortable.

Once a dog feels threatened or stressed in any way, they will act on it. Unfortunately, pit bull’s genetics tell it to fight back and attack.

That said, never make them feel threatened or stressed. If they have shown any signs of aggression, have them checked by a pet behaviorist.

How to Avoid Attacks and Aggression

Properly train your pit bull to avoid any kinds of attack and aggression from them. You’ll need to do a lot more than the average dog owner if you want a pit bull. Socialization is one of the best things you can do.

Get them used to people and other dogs when they are still pups. Make sure these meetings are always in a comfortable and safe space. You can introduce them slowly to bigger crowds by walking them or bringing them to a park.

If you wish to introduce them to other animals, do it slowly as well. Keep them on a leash and monitor them carefully.

Most of all, give your pit bull lots of love and care. They are the sweetest when given the perfect home.