We’ve all come to believe that dogs and cats are mortal enemies. But that isn’t always the case as some dogs are friendly or civil towards cats. Does that include the beloved golden retriever? So let’s find the answer to the Retriever owner’s question, are golden retrievers good with cats? 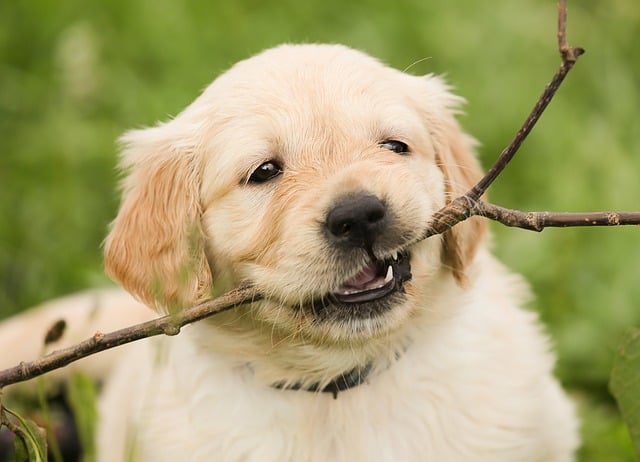 If you want to get a golden retriever but you have a cat, you have to know if they’ll get along. It’s also important to know how you can introduce your new pet.

This article will talk about these issues.

Golden retriever ranks third on AKC’s breed popularity. And it’s no surprise as these dogs are well-loved by families around the world. Mostly, they’re popular because of their personality.

A golden retriever is best known for their golden fur and expressive face. These dogs don’t just have a kind and gentle expression. They really are.

These dogs are loyal and devoted to their humans. They would do anything to keep their family safe and happy. Most of all, they are patient and gentle with the children.

But what about cats? How will they react to one?

Are Golden Retrievers Good With Cats?

Generally, golden retrievers are kind and friendly dogs. They can work well with anyone, other dogs, and most animals. That includes cats as well.

Your golden retriever will consider your cat as part of the family. It doesn’t matter what type of cat you have or what their age is. You can feel confident that your dog will also care for other pets in the house.

Like with the children, they will avoid playing rough with the cats. They may even protect your kitten when they get closer with them.

Golden retrievers and cats can become best friends. Give them time to know each other.

Will Golden Retrievers Chase Your Cat?

While golden retrievers are rather good with anyone, some dogs may have a different reaction. It is possible that your dog will chase and run after cats and other animals.

Remember that this breed was originally bred to be a hunter’s aide. They’d run after the game and retrieve them for their master. Golden retrievers are normally bred today as a companion.

But that instinct will not be easily gone. 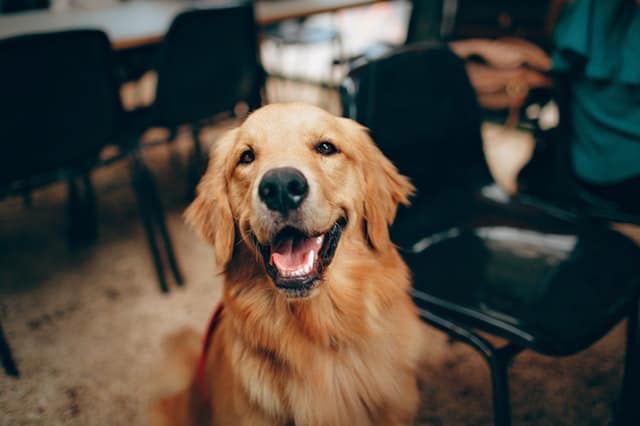 All dogs have a bit of their wolf ancestors in them. Just like with their retriever instinct, hunting is also part of their DNA.

Your dog may be chasing your cat as that instinct kicks in. They normally chase anything that’s smaller than them like wolves did.

Most of the time, your golden retriever doesn’t mean any harm. This can be part of their playful side. But if it becomes too much of a problem, you can always train your dog to stop this.

How To Introduce Cats And Dogs

It’s best to get both animals when they are still young pups and kittens. The longer they stay together, the closer they get and the better their relationship will be. Additionally, pups and kittens are easier to train than when they’re older.

Introduce these animals to each other by crating the kitten. Then, let your golden retriever into the room and watch their reaction.

If your pup sniffs the crate and starts barking happily, you can let the cat out slowly. But if one of them reacts rather negatively, don’t punish them. It’s normal for any of these animals to growl, bark, or hiss.

When that happens, give them both safe space. Make sure each one has a way to escape when they feel threatened.

Keep on doing this type of introduction.

Rewarding both your pets can help them know that they’re doing something good. If they react positively or behave, reward them both with treats. This can also help both animals to get used to the idea of having a different animal with them.

When they finally get used to the presence of the other, it’s time to let them interact. Again, ensure both animals have an escape route. Also, monitor their interaction and be ready to intervene when needed.

Trim your cat’s nails before the interaction. Scratching is second nature to these felines. But when your golden retriever feels pain, they will guard themselves.

The following scenes won’t be good. In fact, that can become a bad experience for both of them.

Additionally, put your dog on a leash. If they rush towards the cat, tug the leash and tell them “No.” Repeat this until both animals have a better interaction.